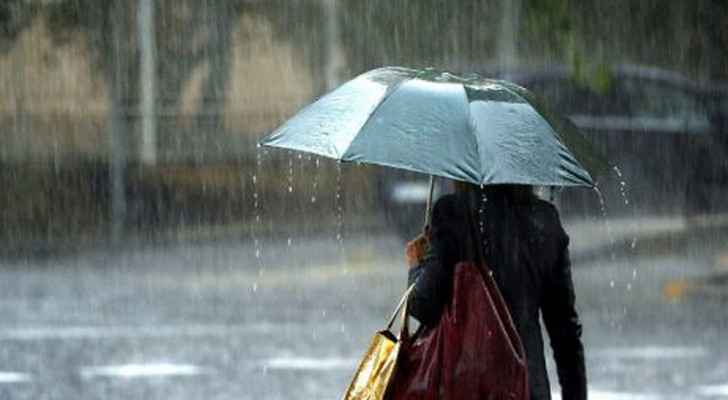 In an interview with Roya's Nabd Al Balad, Mousa added that the upcoming depression will bring rain and snow showers over high altitudes.

He added that the chances of snow falling on the high altitudes of southern Jordan will continue at night, warning of the danger of freezing and frost formation tonight and until Monday morning.

According to Arabia Weather, temperatures in Amman are expected to range between seven degrees during the day and two degrees at night.

Monday, the Founder and CEO of Arabia Weather, Muhammad Al-Shaker, said that most regions of Jordan recorded temperatures below zero on Monday morning.

Shaker pointed out, in an interview with Roya, that the Sharah Mountains recorded -4 °C, and the western parts of Amman reached temperatures of -1.5 °C.

Arabia Weather website said that the impact of the cold and dry polar winds, rushing from Siberia, deepens in the Kingdom, on Monday, and during the day there is a sharp drop in daytime temperatures compared to previous days, and they are colder than their usual rates by about 10-12 °C.