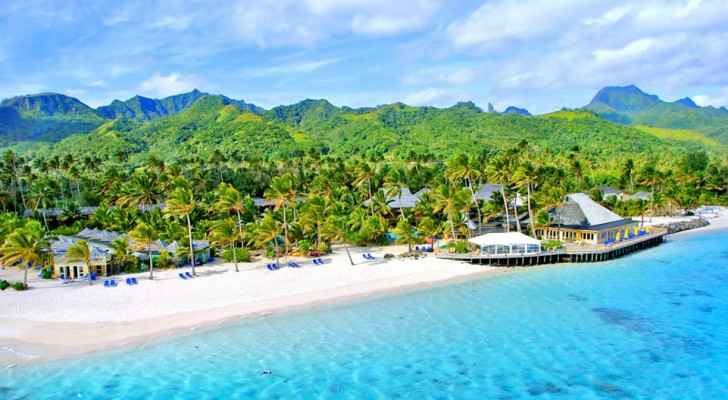 The Pacific Island nation of Tonga was virtually cut off from the rest of the world Monday, after a massive volcanic blast that crippled communications and stalled emergency relief efforts.

It has been two days since the Hunga Tonga-Hunga Ha'apai volcano exploded, cloaking Tonga in a film of ash, triggering a Pacific-wide tsunami and releasing shock waves that wrapped around the entire Earth.

But with phone lines still down and an undersea internet cable cut -- and not expected to be repaired for weeks -- the true toll of the dual eruption-tsunami disaster is not yet known.

Only fragments of information have filtered out via a handful of satellite phones on the islands, home to just over 100,000 people.

Tonga's worried neighbors are still scrambling to grasp the scale of the damage, which New Zealand's leader Jacinda Ardern said was believed to be "significant".

Both Wellington and Canberra scrambled reconnaissance planes Monday in an attempt to get a sense of the damage from the air.

And both have put C-130 military transport aircraft on standby to drop emergency supplies or to land if runways are deemed operational and ash clouds allow.

There are initial reports that areas of the west coast may have been badly hit.

They were "able to do an assessment of some of the Western beaches area and there was some pretty significant damage to things like roads and some houses," Seselja said.

"One of the good pieces of news is that I understand the airport has not suffered any significant damage," he added.

"That will be very, very important as the ash cloud clears and we are able to have flights coming into Tonga for humanitarian purposes."

Major aid agencies, who would usually rush in to provide emergency humanitarian relief, said they were stuck in a holding pattern, unable to contact local staff.

"From what little updates we have, the scale of the devastation could be immense – especially for outlying islands," said Katie Greenwood, IFRC's Pacific Head of Delegation.

Even when relief efforts get under way, they may be complicated by Covid-19 entry restrictions. Tonga only recently reported its first-ever coronavirus case.

What is known is that Saturday's volcanic blast was one the largest recorded in decades, erupting 30 kilometers into the air and depositing ash, gas and acid rain across a swathe of the Pacific.

The eruption was recorded around the world and heard as far away as Alaska, triggering a tsunami that flooded Pacific coastlines from Japan to the United States.

The Tongan capital Nuku'alofa was estimated to be cloaked in 1-2 centimeters of ash, potentially poisoning water supplies and causing breathing difficulties.

"We know water is an immediate need," New Zealand Prime Minister Jacinda Ardern told reporters.
After speaking to the New Zealand embassy in Tonga, she described how boats and "large boulders" washed ashore.

Wellington's defense minister said he understood the island nation had managed to restore power in "large parts" of the city.

But communications were still cut. The eruption severed an undersea communications cable between Tonga and Fiji that operators said would take weeks to repair.

"We're getting sketchy information, but it looks like the cable has been cut," Southern Cross Cable Network's networks director Dean Veverka told AFP.

"It could take up to two weeks to get it repaired. The nearest cable-laying vessel is in Port Moresby," he added, referring to the Papua New Guinea capital more than 4,000 kilometers (2,500 miles) from Tonga.

Initially, it was believed the fault was due to power failure following the powerful eruption, but further testing once power was restored indicated a break in the cable.

Tonga was isolated for two weeks in 2019 when a ship's anchor cut the cable. A small, locally operated satellite service was set up to allow minimal contact with the outside world until the cable could be repaired.

Crippled communications left Tongans outside the country desperate for news of loved ones.

"There is no communication," Filipo Motulalo, a journalist with Pacific Media Network, told AFP.

"Our home is among those close to the area that was flooded already, so we don't know how much damage there is."

"I think the worst part is the blackout and the fact that we know nothing," he added. Many fretted about elderly relatives coping in volcanic dust-filled air.

New Zealand's Met Service said that a vast "veil of ash" was now "drifting westward across to northern Australia."