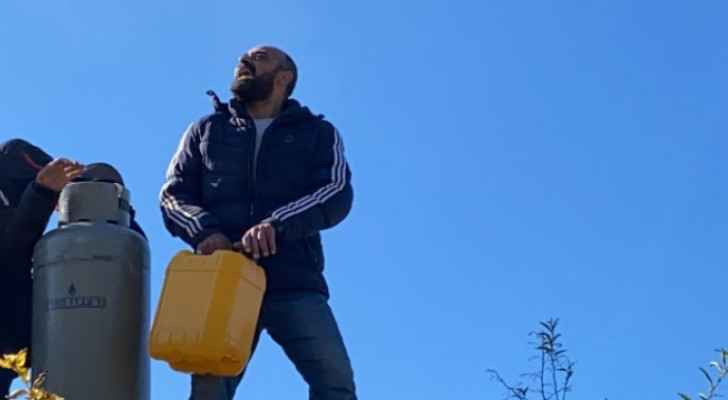 Monday, the Israeli Occupation Forces raided the property of the Salihiya family in the Sheikh Jarrah neighborhood of Jerusalem, to implement the “eviction” decision.

The Salhia family from the Sheikh Jarrah neighborhood in Jerusalem threatened to explode gas cylinders and set themselves on fire if the IOF stormed the property to make them leave their home.

Mahmoud Salhia said, “On my land here... I will only come out dead... My children and I will die and we will not leave... we go from here to the grave only.”

Various forces of Yamam, intelligence and special forces besieged the homes of the Salihiya family, while the family members sat on the roofs and in front of the house carrying gas cylinders, refusing to evacuate.

He explained that they have been living in their property since the year of the Nakba (1948) after their displacement, while the municipality is seeking to vacate the property under the pretext of public interest.

Many believe that the municipality is taking an illegal procedure. “Is it reasonable to displace 3 families on the pretext of public interest. The municipality has predicted the court's decision and intends to displace us,” the family said.

Salihiya real estate consists of two houses, a commercial establishment and a piece of land, and this eviction comes after 23 years in which the family fought in the courts to protect its property, but the municipality confiscated it under the pretext of public interest.

The property of the Salhiya family is a few meters away from the Shepherd Hotel, which was demolished in 2011 and 28 settlement units were built there. Currently, there is work being done to expand the number of settlement units in it.