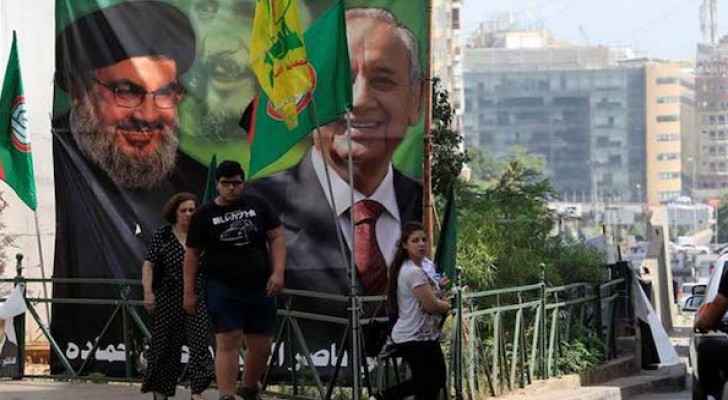 Hezbollah and its ally, the Amal Movement, agreed on Saturday to participate again in cabinet sessions, after more than three months of boycott and political stalemate that exacerbated the dangerous economic crisis in Lebanon.

The two Shiite parties said in a joint statement, "We announce the approval to attend the cabinet sessions devoted to approving the state's general budget and discussing the economic recovery plan and everything related to improving the living and living conditions of the Lebanese."

The government was formed in September 2021 after 13 months of political strife, and it has not met since October 12 due to the tension surrounding the investigation into the bombing of the port of Beirut on August 4, 2020, which left more than 200 people dead.

Victims' families and non-governmental organizations accuse the authorities of trying to undermine the investigation to avoid charges being brought against political and security officials.

At that time, the ministers of the influential Hezbollah, which is close to Iran and the Amal movement, confirmed that they would boycott government meetings until the removal of the judicial investigator in the bombing, Tariq Al-Bitar.

The political impasse has exacerbated the economic crisis that has hit the country since 2019 and which the World Bank has ranked among the worst in the world since 1850, with an unprecedented deterioration in the value of the lira and the impoverishment of a large proportion of the Lebanese.

In response to the two parties' announcement, Prime Minister Najib Mikati said in a statement that he "will call the Council of Ministers to convene as soon as he receives the draft budget law from the Ministry of Finance."

Hezbollah and the Amal movement said that their decision to resume participation in government meetings came "in response to the needs of citizens," and pointed to "the great collapse in the exchange rate of the Lebanese pound, the decline of the public sector, the collapse of incomes and the purchasing power of citizens."

Iraq at a standstill during latest ....

Lebanon votes in first election since ....