From the episode of ‘Bein Qawsayn’ 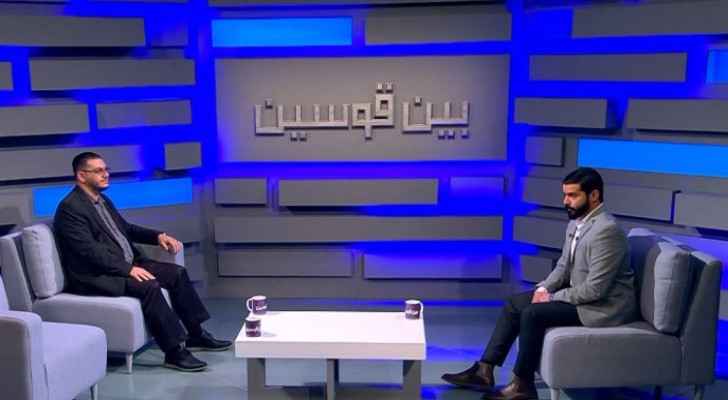 A 13-year-old boy was sexually abused by his music teacher, according to the boy’s father who reported the incident to Roya on Friday.

In an exclusive interview with Roya’s ‘Bein Qawsayn’ show -which literally translates to ‘Between Brackets’- the father reported details of the crime that took place three years ago.

The child, called Saeed, was in the eighth grade when his music teacher raped him. Before the assault, the boy was very social and when his teacher was trying to ‘woo him’ and act as his friend the family were worried and did not like how close they were becoming.

“We felt that the teacher was wooing Saeed as he was continuously contacting him at school and after school,” the father said.

Saeed's sister, who was at the same school, told her parents that the “teacher’s frequent communication with Saeed is uncomfortable and abnormal.”

The father said that they discovered what happened after the family had a feeling something was wrong when Saeed became very distant, always angry, and asleep.

“My teacher touched me,” were the words the boy used when he finally confided in his parents and told them he was assaulted by his teacher after the man lured him into the music hall.

The father immediately reported the sexual assualt to the school’s administration who told the Ministry of Education and an investigation was opened.

The father said that although it has been a couple of years since the crime, the boy’s psychological state is still suffering from the aftermath of what happened.

Saeed's father also revealed that his son suffers from a disability and receives his education in a school for people with disabilities, and there he was assaulted.

Notably, ‘Bein Qawsayn’ is a social weekly program that discusses issues that are important to society but are somewhat of a taboo, in an effort to shed light on important topics that have not been addressed before. The program discusses, analyzes and proposes solutions to said issues.

UK policeman sentenced for life for ....