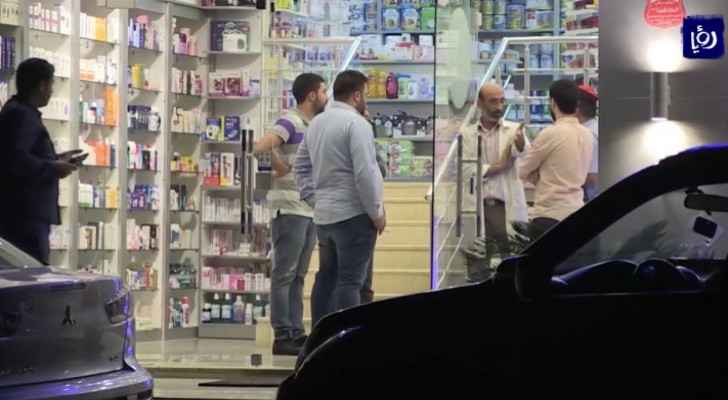 Friday, the Head of Pharmacists Zaid Al-Kilani said that an "alternative" to Merck's drug for the treatment of corona is available in Jordan at a price of 22 dinars per pack, indicating that a Corona patient needs 4 packages of the drug.

Al-Kilani added, in a special statement to Roya, that the basic methods of prevention from the virus are still receiving the vaccine, wearing the mask, and social distancing.

“Merck’s anti-Corona drug is available in pharmacies, and it is tablets to be taken for 4 days,” according to Al-Kilani.

Al-Kilani pointed out that the Food and Drug Administration has authorized emergency use of it in Jordan, stressing that the drug is similar to that of Merck, with a lower effectiveness of up to 50 percent.

He pointed out that the alternative drug to Merck is manufactured by another company, and will be manufactured in Jordan in the future.

This drug, which can be taken in the five days after the onset of symptoms, reduces the risk of hospitalization and death by 30 percent for those in poor health.

The FDA has approved a similar treatment from Pfizer, marketed as Baxilphide, that reduces the same risks by 90 percent, according to preliminary studies.

Pfizer medication consists of two tablets taken twice a day for five days, and this medication can be given to patients exposed to dangerous forms of the disease and over the age of 12 years.

It works by interfering with the virus's genome to cause mutations that limit its reproduction.

In its statement, the US Food and Drug Administration stressed that these two treatments are a complement to the vaccine, which remains the main tool in the fight against the Covid-19 pandemic.

While clinical trials have not revealed any significant risks to patients with the two drugs, Merck's drug has been a concern.

The FDA has not approved Merck's drug for children under the age of 18 because it may affect bone and cartilage growth.

It is also not recommended for pregnant women due to the potential risks to the fetus, but doctors can recommend it if the benefits outweigh the risks.

The United States purchased 3.1 million samples of Merck's treatment and 10 million from Fierce.