Closures announced as protests on 'Thursday of Rage' occur in Lebanon

Closures announced as protests on 'Thursday of Rage' occur in Lebanon 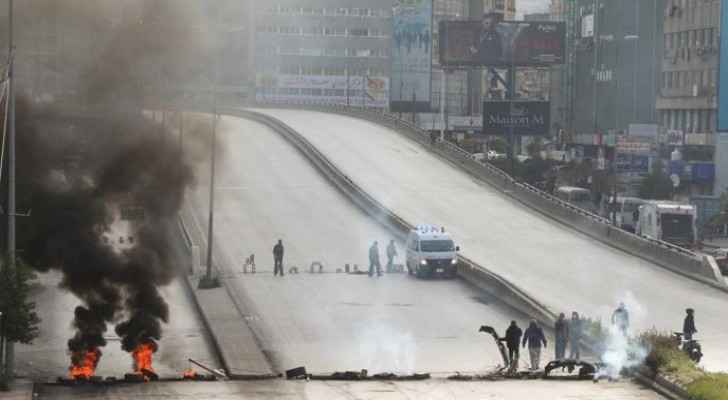 Thursday, dozens of Lebanese cut off several main roads in the capital, Beirut, and set tires on fire, in protest against the deteriorating living conditions.

The protests, which are under the slogan "Thursday of Rage," came at the call of the land transport sector.

Federations and unions of the road transport sector in Lebanon are calling for subsidizing the price of fuel for public transport vehicles for a period of six months, or for a period of time that ends on June 30.

The Lebanese Minister of Education, Abbas Halabi, had announced the closure of schools, universities and official educational institutions, in anticipation of the protests.

The Association of Banks in Lebanon also announced a statement, saying “In order to preserve the safety of banking sector employees, and in view of the possibility of hampering their access to their workplaces due to the strike of unions and land transport federations, the Board of Directors of the Association of Banks in Lebanon recommended the closure of banks on Thursday.”

Kazakhstan appeals to Moscow-led alliance for help against ....

Kazakhstan appeals to Moscow-led alliance for ....

Kazakhstan appeals to Moscow-led alliance for ....