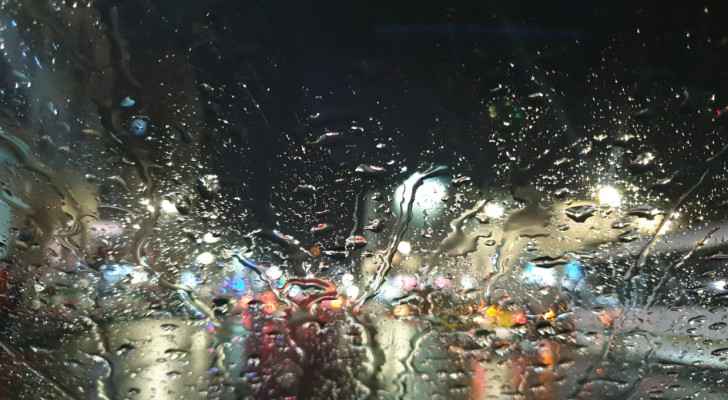 Thursday, temperatures are expected to drop a bit, while still being slightly above average.
The weather will be relatively cold in various regions, while remaining pleasant in the Jordan Valley, the Sea of Mediterranean and Aqaba.

The winds are southwesterly, moderate in speed, active at intervals.

At night, the weather is expected to be generally cool and humid in most areas, with low clouds increasing in the northern and central parts of the Kingdom, and there is an opportunity for showers of rain, especially in the north of the country.

The Civil Defense Directorate (CDD) warned Jordanians and residents of the Kingdom of the expected weather, as the air depression begins to affect Jordan Thursday night.

The CDD called for attention to the danger of slipping on roads in areas expected to witness rain at night as well as the danger of low horizontal visibility due to dust, especially in desert areas, and the risk of low horizontal visibility in the late night hours due to clouds touching the surface of the earth over mountainous heights in addition to the possibility of torrential rains forming in the late hours of the night in valleys and low areas.