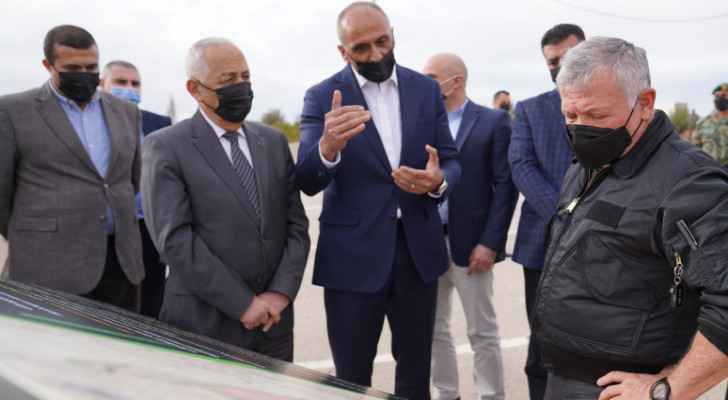 During the visit, which marked Arbour Day, King Abdullah commended progress on the project, stressing the need for it to be financially and administratively sustainable.

Highlighting environmental conservation as a public duty, His Majesty called for expanding forestation and planting native vegetation suitable for the country’s climate.

The King said expanding green spaces has a positive impact on the environment and public health, and will bolster domestic tourism.

His Majesty was briefed by Royal Hashemite Court Chief Yousef Issawi, who heads a committee to follow up on the implementation of Royal initiatives, on the project’s various stages, which covers 22,500 dunums in the first two stages, and an additional 3,000 at a later stage.

The Juthoor project provides permanent and temporary job opportunities for the local community, and promotes active citizenship. Over 22,000 volunteers from schools, universities, and All of Jordan Youth Commission have participated in planting trees for the project.