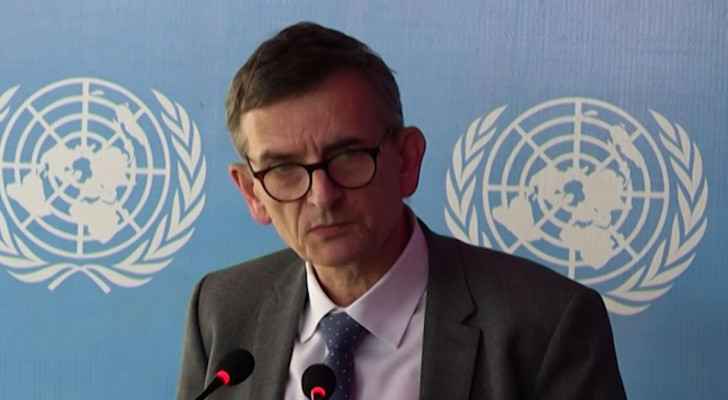 "It is time to end the violence and enter into a comprehensive consultative process," said UN special representative Volker Perthes, vowing at a press conference to facilitate "indirect talks" between all sides.

His comments came a day after Sudanese security forces again fired tear gas at anti-coup protesters, leaving two demonstrators dead including one who died Monday morning from wounds to the head.

Perthes said consultations would be held with political and social actors along with armed and civil society groups. But he stressed that "the UN is not coming up with any project, draft or vision for a solution".

"These are all Sudanese issues for the Sudanese to agree on," he said, ahead of a scheduled meeting by the UN Security Council on Wednesday to discuss the crisis in the northeast African country.

The putsch derailed a fragile power-sharing transition between the military and civilian leaders that followed the 2019 ouster of longtime autocrat Omar al-Bashir.

Crowds of Sudanese have taken to the streets since -- sometimes in their tens of thousands -- to demand civilian rule.

At least 63 people have been killed in a violent crackdown, according to medics.

- 'Towards democracy and peace' -

The UN-facilitated talks now "aim to support the Sudanese to reach an agreement on a way out of the current crisis," said Perthes, who heads the UN Integrated Transition Assistance Mission in Sudan (UNITAMS).

He did not specify a time frame for such consultations but said "negotiations direct or indirect may come in a second phase."

The UN envoy said there has been "no objection" from the military institutions.

But the initial response from major civilian factions was lukewarm.

"We have yet to receive any details about the UN initiative," said Jaafar Hassan, a spokesman for the mainstream faction of the Forces for Freedom and Change, the leading civilian pro-democracy group.

"We are willing to take part in the talks on condition that the purpose is to resume the democratic transition and remove the coup regime, but we are against it if these talks seek to legitimise the coup regime," he told AFP on Monday.

The Sudanese Professionals Association, another prominent civilian faction, had said on Sunday that it completely rejected the UN-facilitated talks.

Perthes on Saturday announced that the talks would aim to support Sudanese in agreeing on "a way out of the current political crisis as well as a sustainable path forward towards democracy and peace".

Burhan has insisted that the military takeover "was not a coup" but only meant to "rectify the course of the Sudanese transition".

A November 21 deal saw Hamdok reinstated after he spent weeks under house arrest after the coup. But Hamdok resigned last week, warning that the country was now at a "dangerous crossroads threatening its very survival".

King participates in Lamp of Peace award ceremony to honor ....

King participates in Lamp of Peace ....