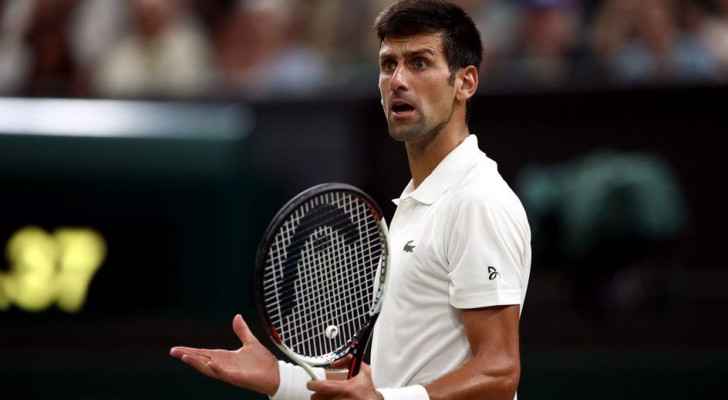 World tennis number one Novak Djokovic won a stunning victory over the Australian government Monday, overturning the cancellation of his visa and ending five days of detention.

In an emergency online court hearing, the judge ordered that the decision to cancel Djokovic's visa over his Covid-19 vaccination status "be quashed".

He instructed that the unvaccinated tennis superstar "be released immediately and forthwith from immigration detention".

It was an extraordinary setback for Australia's conservative government, which has imposed strict border restrictions for the past two years to halt the spread of Covid.

Australian taxpayers will be asked to pay costs for Djokovic's high-powered legal team.

Several hundred fans dressed in the Serbian national colours thronged to the Melbourne law offices where Djokovic had watched his successful appeal, dancing and chanting his nickname "Nole".

"It's a big thing for Serbian culture and community," said Marijana Djukic, a 20-year-old university student who joined those celebrating across the city.

His lawyers and police left the scene shortly afterwards.

The 34-year-old had arrived in Melbourne on Wednesday ahead of the Australian Open, which starts in one week, hoping to win a record-breaking 21st Grand Slam title.

But the tournament may yet be out of reach.

The government's lawyer told the court that Immigration Minister Alex Hawke may decide to use his "personal power of cancellation" despite the player's legal victory.

Spanish tennis star Rafael Nadal said "it is the fairest thing" for his long-time on-court rival to play in the Australian Open.

"Regardless of whether or not I agree on some things with Djokovic, without any doubt, justice has spoken," Nadal told Spanish radio station Onda Cero.

After touching down in Australia, Djokovic was taken into an overnight interview with border agents, who decided the champion had failed to present a solid medical reason for not being jabbed.

"I am not vaccinated," he told the official.

Djokovic's visa was revoked and he was moved to a notorious immigration detention facility pending deportation.

He spent four nights in the former Park Hotel, a five-storey facility that holds about 32 migrants trapped in Australia's hardline immigration system -- some for many years.

An early plea by Djokovic to be moved to a facility where he can train for the Australian Open had fallen on deaf ears, his lawyers said.

The court's finding, read out in an online hearing, said the government had conceded that its actions were "unreasonable" because the player was not given the chance to reply fully before his visa was torn up.

In the early hours of Thursday, Djokovic was told he had until 8:30 am (2130 GMT Wednesday) to reply to the proposed cancellation of his visa. But instead, the border agent cancelled it at 7:42 am.

Had Djokovic been given until 8:30 am as first promised, "he could have consulted others and made submissions to the delegate about why his visa should not be cancelled," the judge said.

According to a transcript of the airport interview, Djokovic told the border control agent: "I just really don't understand what is the reason you don't allow me to enter your country."

Though it had no bearing on his court case, Djokovic's claim of a positive test on December 16 stirred controversy after it emerged he had attended a gathering that day for the Serbian national postal service, which launched a stamp series in his honour.

And pictures shared by the Belgrade tennis federation showed him at a young players' event in the city on December 17.

It reported that he handed over cups and prizes to players. No one was wearing a mask.

At a rally in Belgrade, Djokovic's mother Dijana claimed her son was staying "in not human conditions" at the detention centre.

"They detained him and even don't give him breakfast, he has only lunch and dinner," she said, quoted by local media.

"He does not have a normal window, he stares at a wall."

She flew out of Australia on Saturday after being held in the same facility as Djokovic.