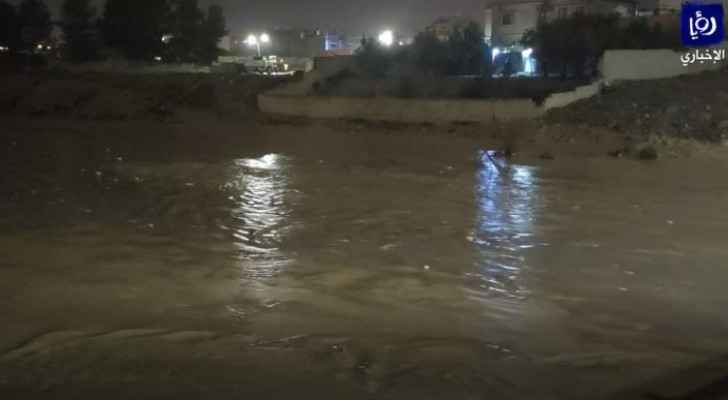 Ma'an Governor Dr. Firas Al-Faour said that the authorities received a report at 7:00pm on Sunday that a young man was missing after his vehicle had drifted as a result of the torrential rains in the Marigha area in the Governorate.

Faour told Roya that as soon as the information was received, the authorities moved to the scene, noting that the vehicle was found, but its driver is still missing.

Faour confirmed that the search is still ongoing, pointing out that the valley in which the vehicle drifted is interlinked with three other valleys.

Faour expressed his wishes for a safe return of the young man.

Earlier on Sunday, the Ministry of Public Works and Housing, in cooperation with the Public Security Directorate, had announced the closure of two roads in Ma'an Governorate due to the high water level, as a precaution.

In Video: Rainwater raids shops in ....