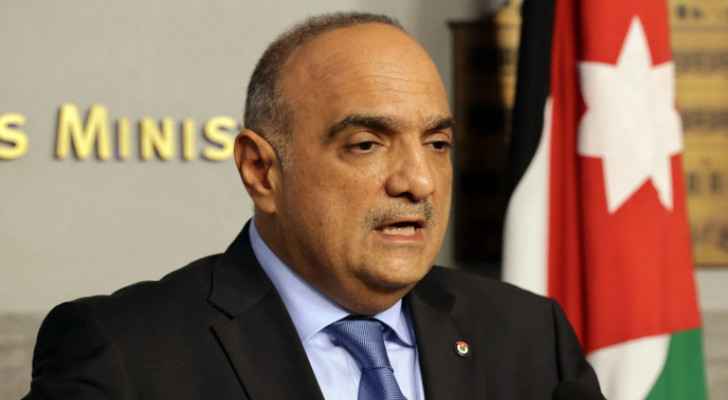 Sunday, Jordan’s Prime Minister, Dr. Bishr Al-Khasawneh held a press conference at the Prime Ministry wherein he spoke about a number of issues.

During the conference, the Prime Minister announced government measures and programs aimed at promoting customs reforms, developing the infrastructure of the telecommunications sector, and enhancing employment opportunities.

The PM began with thanking the media for their contributions and their efforts to shed light on all issues that concern the public. He also apologized to the media for the ‘lack of communication’ saying that he prefers to present and showcase rather than to show off.

In regards to the health situation, Khasaswneh said: "We expect Omicron to be the dominant variant this month."

"The defense law will continue to be enforced until the end of the pandemic," said Jordan’s PM.

Also Read: 'It is likely the Kingdom will witness an Omicron wave': Belbisi

"Administrative and economic reforms must be made," said Khasawneh, adding that a committee has been established to modernize the public sector and that it holds meetings in the Prime Ministry on a regular basis to review administrative procedures and legislation in order to increase development and attract investments.

The private sector is a valuable partner, noted Khasawneh.

Additionally, the PM said that, currently, the unemployment rate is 23.2 percent.

The customs tariff has been changed. Previously, "the 11 categories of customs duties ranged between zero and 40 percent. However, the 4 new tariff categories will only be between 0 and 25 percent," said Khasawneh.

Khasawneh said that this change of the tariffs will have a positive impact on suppliers and traders, and will facilitate their activities and business, because costs, time and effort will be reduced.

This measure, according to the PM, will contribute to enhancing purchasing power locally, as well as providing many of the citizens' needs at better prices.

On another note, Khasawneh announced that the government will launch, within the next few days, fifth-generation wireless.

"The government has taken a decision to enable local telecommunications companies to establish the infrastructure for 5G services," said the Prime Minister.

“We are satisfied with what we have provided during the pandemic,” Khasawneh said, adding “We have protected the jobs of more than 150,000 Jordanians.”

Additionally, Khasawneh said that there have been many major projects that have stalled for years, including the "Jordan Gate Towers" project, in West Amman near the 6th Circle.

He added that the state will handle and cover any needed costs in order to finish the project.