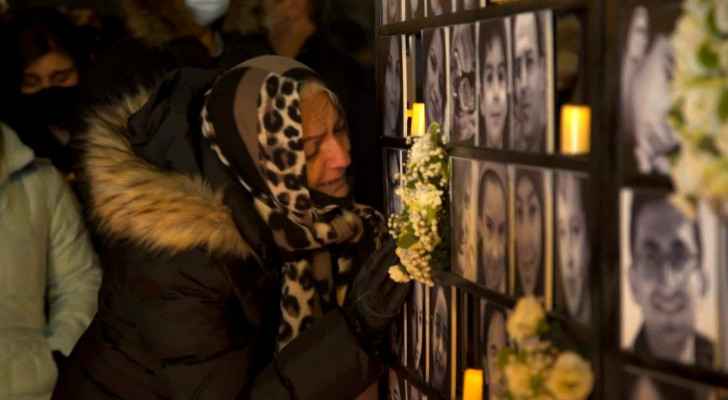 Families of those who died when Iranian armed forces shot down a Ukrainian airliner two years ago demanded justice for the 176 victims at a commemoration in Tehran on Saturday.

Ukraine International Airlines flight PS752 was shot down shortly after take-off from Tehran's Imam Khomeini airport on January 8, 2020, killing all 176 people on board. Most were Iranians and Canadians, including many dual nationals.

Relatives of the victims gathered at the crash site near the airport to mark the anniversary, local media reported.

They held up pictures of their loved ones, laid flowers and lit candles in their memory, while calling for "Justice! Truth!" as videos shared on social media showed.

State television separately published an interview with the mother of Zahra Hassani Saadi, who died in the crash, in which she questioned the authorities' handling of the case.

"We have several questions, who will answer us? Why wasn't the flight cancelled? Why was the cruise missile fired? We don't know and no one explained it to us," she asked.

At another gathering, held inside the airport on Saturday, relatives called for a "fair investigation" into the incident, ILNA news agency reported.

On Friday a commemoration was held in Tehran's largest cemetery, Behesht-e-Zahra.

"We hope that the legal process of this case will end soon in the judiciary, so that the ones who made the error can be identified, and this will reduce the suffering of the bereaved families," state news agency IRNA quoted Vice President Amir Hossein Ghazizadeh Hashemi as saying there.

At the time of the incident Iranian air defences were on high alert for a US counterattack after Tehran fired missiles at a military base in Iraq that was used by American forces.

Those missiles came in response to the killing of Major General Qasem Soleimani in a US drone strike near Baghdad's international airport. Soleimani headed the foreign operations arm of Iran's Islamic Revolutionary Guard Corps.

Iran's judiciary said in November that a trial had opened in Tehran for 10 military members in connection with the jet's downing.

On Friday Iranian officials said payments of $150,000 have started to be made to victims' families.

Separately, a Canadian court awarded more than $80 million in compensation to the families of six of the victims in a decision made public Monday.