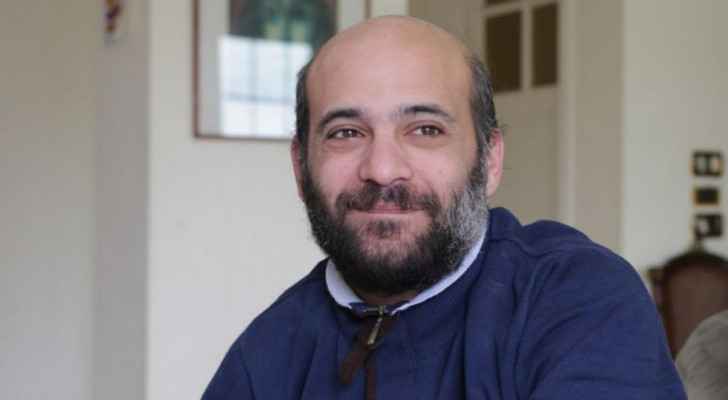 Egyptian-Palestinian political activist Ramy Shaath arrived in Paris on Saturday after the Egyptian authorities released him after two and a half years of imprisonment.

Howeer, he was "forced" to give up his Egyptian citizenship, according to a statement issued by his family and received by AFP.

After leaving Roissy Charles de Gaulle airport, Shaath said in English, "I am very happy to be here," as he raised his arm, holding the hand of his French wife, Céline Lebrun, who was also expelled from Egypt immediately after her arrest.

He added, "I have spent the past two and a half years between prisons and places of enforced disappearance, some of them underground, others in solitary confinement, and in others, where I was with a large number of people, I was subjected to inhuman treatment."

The family explained that Shaath was released "on the evening of January 6, after more than 900 days of arbitrary detention" and that he "met representatives of the Palestinian Authority at Cairo airport and from there he traveled to Amman," until he arrived at Roissy Charles de Gaulle airport after Saturday afternoon.

French President Emmanuel Macron confirmed on Twitter that he shared Shaath's "comfort" with his wife, and saluted the "decision of the Egyptian authorities," "thanking all those who played a positive role in this happy ending."

"For more than two years, the French authorities have worked fully with the Egyptian authorities in order to find a positive way out of the situation of Mr. Shaath," the French Foreign Ministry said in a statement.

Rami, 48, is the son of Nabil Shaath, a senior leader and former minister in the Palestinian National Authority.

He was born in Egypt to an Egyptian mother.

Shaath is one of the faces of the January 2011 Egyptian revolution and the coordinator of the Boycott, Divestment, and Sanctions (BDS) movement, which calls for a boycott of the Israeli Occupation in Egypt.

On July 5, 2019, the Egyptian security authorities arrested Shaath in Cairo, on charges of provoking "disruptions against the state."

The family said in its statement, "With our joy at the response of the Egyptian authorities to our call for freedom (...) we also express our dissatisfaction with their forcing Ramy to give up his Egyptian citizenship as a condition for his release."

The statement added, "A person should not choose between his freedom and his nationality. Rami was born and raised as an Egyptian, and Egypt was and will remain his homeland, and the forced renunciation of his nationality will never change that."

A year earlier, on December 7, 2020, Macron confirmed that he had spoken with Egyptian President Abdel Fattah al-Sisi, during his visit to Paris, about several "individual cases," including Shaath.

The Sisi regime faces accusations by NGOs of suppressing dissent and human rights defenders. These organizations confirmed last July that there are about sixty thousand prisoners of conscience in Egypt.

In a joint statement, 11 non-governmental organizations, including Amnesty International, the International Federation for Human Rights and Democracy Now for the Arab World, considered that the release of Ramy Shaath does not put an end to "the importance of international action against the catastrophic outcome of the Egyptian government in the field of human rights."

The organizations added that among the "countless prisoners" who are still "arbitrarily detained" in Egypt, there are many "peaceful activists, human rights defenders, lawyers, academics and journalists detained solely for exercising their rights to freedom of expression, peaceful assembly and association."

In its statement, Shaath's family expressed "its gratitude to all volunteers, public human rights organizations, citizens and thousands of personalities in the Arab world, the diaspora and the world who demanded his release."

It said that "Rami's release is a living testimony to the strength of organizing efforts to put an end to the injustice against which Rami fought all his life."

On December 7, the Egyptian authorities released activist and researcher Patrick Zaki after he spent 22 months in pretrial detention, but he still faces a prison sentence of up to five years for “spreading false information” for an article in which he denounced discrimination against the Coptic minority in Egypt.

However, Cairo denies these accusations and asserts that it is waging a war against terrorism and confronting attempts to destabilize the country.

Ramy Shaath confirmed that he has not changed "after two and a half years (in prison)" and "I am still determined to continue."