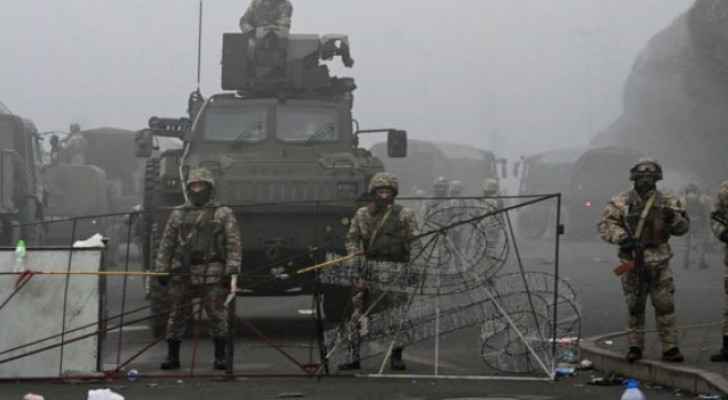 The media spokesman for the Ministry of Foreign Affairs, Ambassador Haitham Abu Al-Ful, said that the ministry continues to follow up on the conditions and conditions of Jordanians in Kazakhstan.

Abul-Foul added, during his hosting of the Roya News Bulletin Saturday, that the ministry is making great efforts to communicate with Jordanians in Kazakhstan.

Abu Al-Ful indicated that the ministry worked to connect about 50 Jordanians who are in Kazakhstan with their families in Jordan.

Abul-Foul had said earlier that the Jordanian embassy in Nur-Sultan, the capital of Kazakhstan, was trying by all means to secure those stranded in Kazakhstan.

Abu Al-Foul added, in an exclusive statement to Roya that, in cooperation with the members of the community present there, the embassy has secured telephone contact with their families in Jordan, due to the interruption of land and internet connections in Kazakhstan.

"The Ministry of Foreign Affairs was able to communicate with 200 Jordanian students during the two days of Thursday and Friday," according to Abu Al-Foul.

He explained that Jordanian students are suffering from interruption of the internet and other communication services, due to the current events there, since last Sunday, indicating that the embassy was able to reach 200 out of the 800 Jordanians living there, including 600 students studying in three cities: Almaty, Karkandi and Nur Sultan.

Abu Al-Foul confirmed that the Jordanian embassy staff is fine, and they are working to communicate with Jordanians, reassure them and provide them with assistance.

He pointed out that the students face a problem in securing their own needs due to the closure of the banks, which will return to work next Monday.

Saturday, the authorities in Kazakhstan detained Karim Masimov, the former head of the National Security Committee, and other officials on suspicion of "treason," the Security Committee said without elaborating on details.

Security forces appeared to have regained control of the streets of Almaty, the main city in Kazakhstan, on Friday after days of violence.

The country's Russian-backed president said he had ordered his troops to kill to quell an uprising in Kazakhstan.