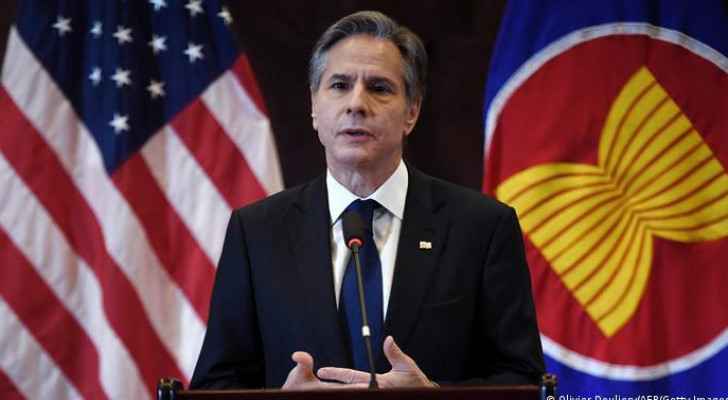 US Secretary of State Anthony Blinken announced Friday at a press conference in Washington that a "diplomatic solution" with Russia is "still possible" if Moscow accepts dialogue to contain the crisis over Ukraine.

"We are ready to respond forcefully to a new Russian aggression. But a diplomatic solution is still possible and preferable if Russia chooses this path," Blinken said a week before scheduled talks between the West and Moscow.

For more than a month, the West and the Ukrainians accused Russia of massing tens of thousands of soldiers near the Ukrainian border with the aim of a possible invasion, threatening Russian President Vladimir Putin with unprecedented "enormous" sanctions if Moscow invaded Ukrainian territory.

For its part, Moscow demanded an agreement to ensure that NATO would not expand into the former Soviet republics.

"Russia now demands that the United States and NATO sign treaties to withdraw NATO forces stationed on allied lands in Central and Eastern Europe and to prevent Ukraine from joining NATO, and wants to engage us in a discussion about NATO rather than focusing on the hot topic of its aggression," Blinken said over Ukraine.

"I think this is definitely part of their strategy to present a list of totally unacceptable demands and then pretend that the other side doesn't follow their lead and use that as a justification for aggression," he added.

"But the truth is that Russia knows very well what we do not accept. There are also files and topics on which we can conduct a dialogue."

Kremlin rejects US accusations over ....