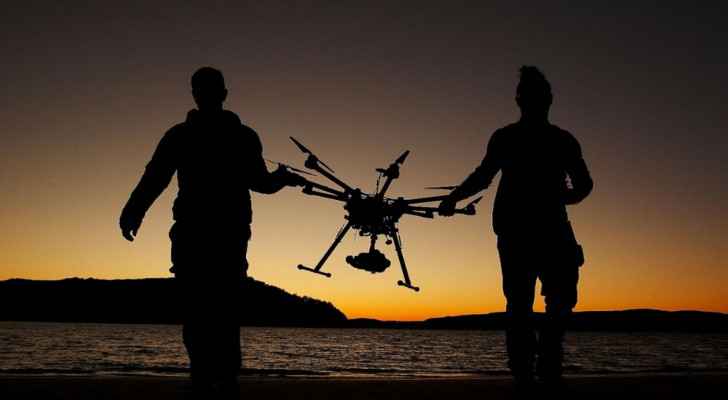 Israeli Occupation security sources said Friday that the drones that were shot down after flying across the border from Lebanon revealed the growing capabilities of aerial reconnaissance enjoyed by the Iranian-backed Hezbollah.

Lebanon and the Israeli Occupation are officially at war, and it has become a norm for drones to fly over the heavily guarded border between them.

Pictures found in a drone that was shot down last August and shown to AFP showed what the source said were the operators of Hezbollah drones and pictures of other drones, as well as an aerial shot of a settlement in northern Israel and a military post.

The source, who spoke on condition of anonymity, said he believed the footage also showed Hezbollah special forces training in how to use drones, which he said gives an unprecedented glimpse into the Israeli Occupation.

A second source, who preferred not to be named, confirmed that "five drones were shot down last year, including a small reconnaissance drone that was shot down on Tuesday belonging to Hezbollah."

Considering this as "a kind of learning race between us and Hezbollah." He added, "The drones used by Hezbollah are not necessarily Iranian-made, but rather ordinary commercially available devices."

The Israeli Occupation is a leader in the development and use of drones in warfare, but its technological supremacy is being challenged by Iran, which is also developing drones for military use.

The second source said, "It's very easy to take a drone from the store, gather intelligence, and do whatever you can imagine."

In September, Hezbollah said it had shot down an Israeli Occupation drone over Lebanon.

The first Israeli Occupation security source said that the severe economic crisis in Lebanon did not appear to have been reflected in Hezbollah's drone program.