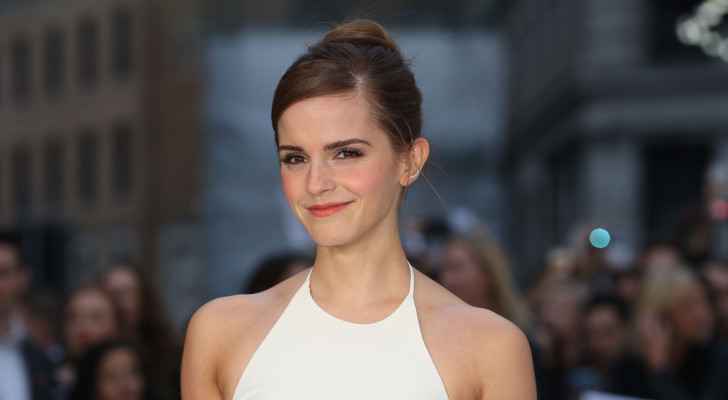 Emma Watson, famous for her ‘Hermoine’ role in ‘Harry Potter,’ was accused of being anti-semitic after showing solidarity with Palestine.

She posted an image, on Monday, of a pro-Palestinian rally overlaid with the words “Solidarity is a verb,” with a caption quoted from an academic who goes on to explain the meaning of solidarity.

As of Friday, her post attracted over 1.3 million likes, with thousands thanking her for recognizing and supporting the Palestinian cause, as well as thousand others criticizing her for her stance. 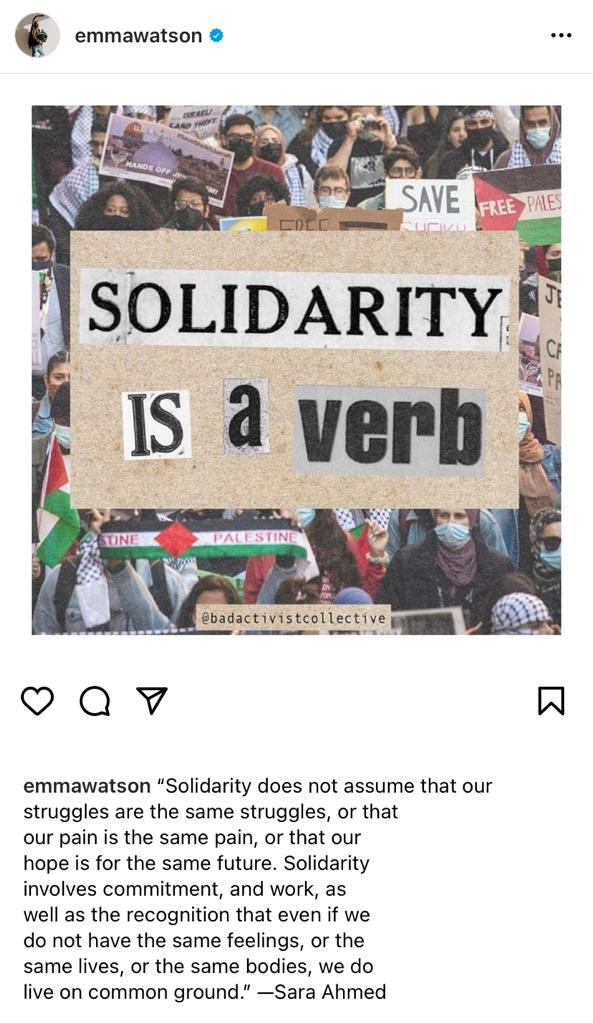 Watson, who has always been a vocal supporter and advocate of a number of human rights’ issues, has also been criticized by Israeli Occupation’s former ambassador to the United Nations, Danny Danon, who took to Twitter to say “10 points from Gryffindor for being an antisemite.” 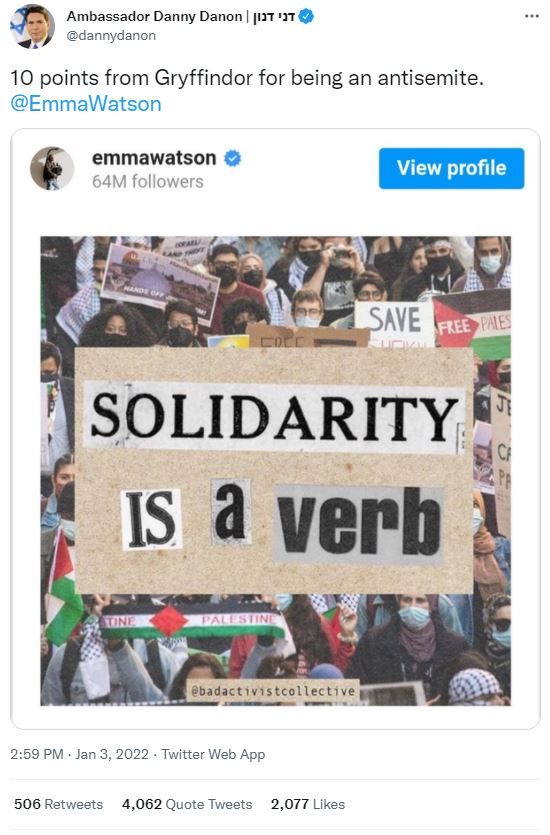 Gilad Erdan, the Israeli Occupation’s current ambassador to the UN, also reacted by tweeting: “Fiction may work in Harry Potter but it does not work in reality. If it did, the magic used in the wizarding world could eliminate the evils of Hamas (which oppresses women & seeks the annihilation of Israel) and the PA (which supports terror). I would be in favor of that!”

Organizations in the Israeli Occupation are currently encouraging the public to further criticize Watson for her post saying: “COMMENT on Twitter to enlighten Emma Watson on Israel’s reality and let her and the world know that Hamas, a terrorist organization, is the true enemy, both for Palestinians and for Israelis,” as Act.IL posted, which is an anti-BDS app partially funded by the government.

Many took to social media to express their opinion regarding the situation. 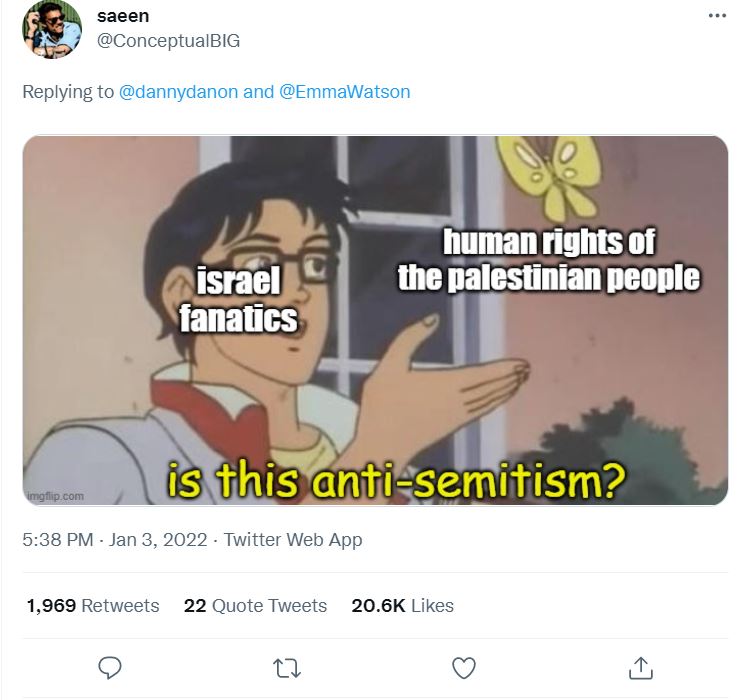 MSNBC’s journalist Ayman Mohyeldin responded to Danon’s tweet by saying: “No joke, we are at the point where merely posting a vague picture referencing solidarity with Palestinians on Instagram gets you labeled as an antisemite. It’s only Jan 3. May God give me patience for [this] year.”

What Mohyeldin said has received much attention and praise from different members of society. Many agreed with what he said, arguing that celebrities have been forced to “eat their words” if they were to show any form of solidarity with Palestine.

What is currently happening to the ‘Harry Potter’ actress is viewed by a lot of people as a smear campaign, targeted at all who dare show solidarity, even of the vaguest form, with Palestine.

The latest ‘Social Media Intifada’, as some choose to call it, happened in April and May 2021 and the world stood witness to events that took place between Palestine and the Israeli Occupation.

During that time, many celebrities publicly showed their solidarity with the Palestinian people.
However, a number of those celebrities retracted their statements or even publicly regretted their support for the cause such as Kendall Jenner, Paris Hilton, Rihanna who have all deleted pro-Palestine posts.
Rihanna said in a later statement: “I stand with humanity!”

As of Friday, Jan. 7, Emma Watson still has not deleted her post.

The Independent posted an article in which the following words were written:
“Solidarity with the people of Palestine should not be viewed as an untouchable cause, shrouded in silence.”

The following is an excerpt from the Tribune commenting on the ‘smear campaign’ against Emma Watson:
“Danon’s post might have been absurd in its sheer and immediate overreach, but it was a logical extension of a process that seeks to render the very existence of Palestinians antisemitic, let alone displays of solidarity with them. This process has been at the heart of the strategy pursued by apologists of Israeli occupation for years.

At a time when public awareness of and support for Palestinian liberation is gaining significant momentum, the use of a blunt instrument like an accusation of antisemitism has become an effective tool to silence Palestinian solidarity. This is particularly true when it comes to silencing progressive social movements which draw links between Palestinian solidarity and other forms of anti-racism within a broader racial justice framework. Deeming Palestinian identity, imagery, history, and heritage an existential threat to Jews is used to shield Israel from any kind of meaningful scrutiny or accountability for its brutal human rights abuses.”