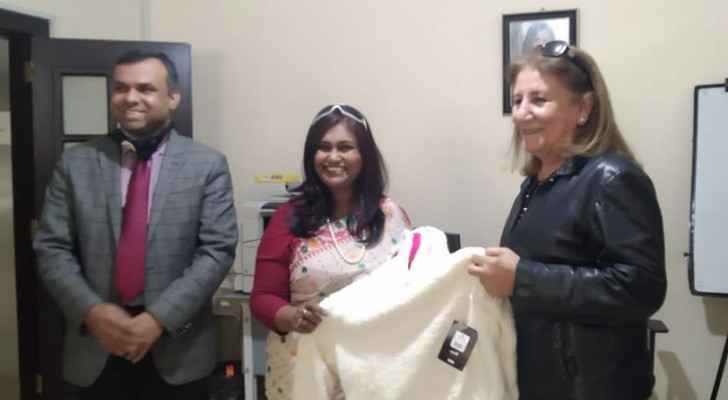 Other officials including Mohammad Moniruzzaman, Councilor (Labor) from the Embassy and other members from the Union were present at that time.

The Jordanian Women's Union (JWU), which was established in 1945, is a non-governmental organization that is committed to improving the status of women. It is headquartered in Amman.

These winter clothes will be distributed among the distressed women of Jordan, Bangladesh and other nationalities.

H.E. The Ambassador said that by the direction of Honorable Prime Minister Sheikh Hasina and under the supervision of the Ministry of Foreign Affairs and Ministry of Expatriates' welfare Bangladesh Embassy has always been working for the welfare of the distressed Bangladeshis, Jordanians and citizens of other nationalities.

Ms. Nadia Shamrukh thanked H.E. the Ambassador and repeatedly praised the initiative of the Embassy for providing the winter clothes.

Dozens of homes evacuated across Jordan amid general ....

Dozens of homes evacuated across Jordan ....

Schools in Bangladesh reopen after 18-month ....

Schools in Bangladesh reopen after 18-month ....

Schools in Bangladesh reopen after ....

'Development Miracle' Bangladesh welcomes everyone as ....