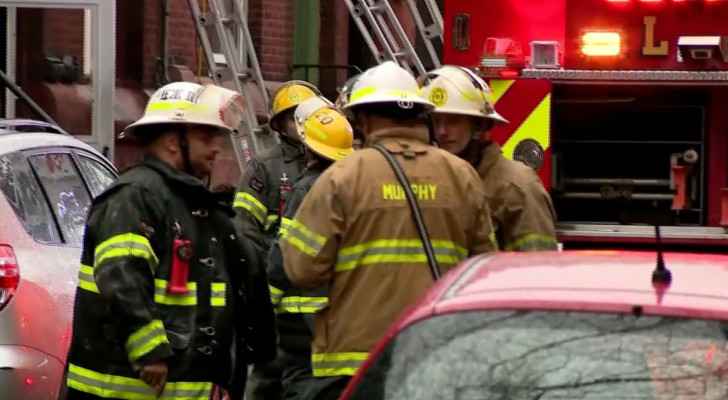 Seven children were among 13 people killed when a fire tore through a converted three-story house in Philadelphia on Wednesday in one of the United States' deadliest residential infernos in recent years.

Officials said another two people were hospitalized and eight escaped the deadly blaze which occurred in public housing in the eastern US city's popular museum district of Fairmount.

"This is without a doubt one of the most tragic days in our city's history, the loss of so many people in such a tragic way," Mayor Jim Kenney told reporters.

Philadelphia Fire Department deputy commissioner Craig Murphy said the fire was the worst he had seen in 35 years on the job.

He told reporters that the toll was "dynamic because there is still an ongoing recovery effort inside."

Murphy added it was too early to say what caused the blaze but that his department was investigating.

"It's not necessarily considered suspicious but we have all hands on deck because of the magnitude of this fire," he told reporters.

"We're in the process of investigating this to the highest level that we can. We're incorporating all of our resources."

He said that there were four smoke detectors in the building but none of them had been operating.

The building is owned by Philadelphia's public housing authority (PHA), which said the detectors had last been inspected in May 2021 and "were operating properly at that time."

"This unimaginable loss of life has shaken all of us at PHA," CEO Kelvin Jeremiah said in a statement.

Officers found "heavy fire" coming from the second floor of the three-story rowhouse when they arrived at 6:40 am (1140 GMT), the fire department said

"It took 50 minutes to place the fire under control," it said in a tweet.

About 26 people had been living in the building, eight on the first floor and 18 across the second and third floors, according to Murphy.

It wasn't clear how many people were in the building during the fire.
"Obviously the tragedy happened and we all mourn for it. But we can't make judgment on the number of people in the house," added Kenney.

The Philadelphia Inquirer quoted police as saying that the three-story home had been converted into two apartments.

Neighbors reached by local media said they had been shaken by the fire.

Bill Richards, who lives nearby, told the Inquirer that shortly before 7:00 am he had heard a woman scream "Oh my god, oh my god."

"It's totally devastating and upsetting," he said.

Ruslan Boroviy, a priest at the nearby Saint Nicolas Ukrainian Catholic Church said it would organize a prayer service on Wednesday night.

"It's a great tragedy for our neighborhood," he told AFP.

The residential area is just a few blocks walk from the Philadelphia Museum of Art and Rodin Museum.

The death toll was almost double that of a fire in Philadelphia in 2008 when seven immigrants died after a kerosene heater exploded in a three-story brick complex.

In December 2017, 13 people were killed in a blaze in an apartment building in the Bronx in New York City's deadliest fire in 25 years.

VIDEO: Fire breaks out inside house in ....