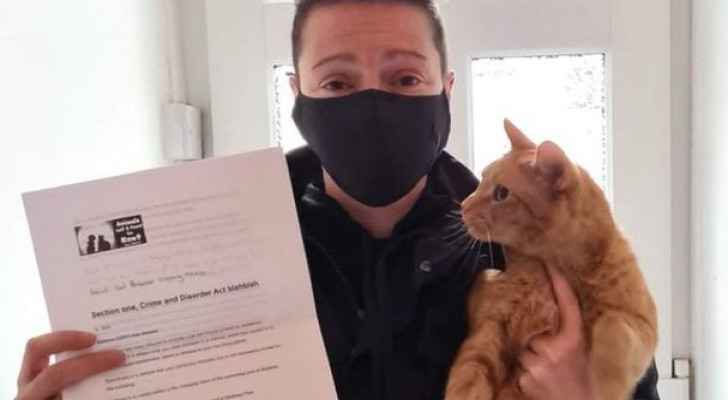 A cat was given an ‘Anti-Social Behaviour Order (ASBO)’ by an animal welfare organization in Kent, United Kingdom after sneaking into a police station to steal biscuits.

The cat was accused of walking in on women while they were changing at a nearby swimming pool, pretending to be starving to get free meals from strangers. It also harassed students on their way to college, among other “crimes.”

The cat was handed a 'Social Cat Behaviour Warning' and was ordered to stay indoors for two weeks and prohibited from entering certain areas, otherwise will face being “grounded with the only nice treats available.” 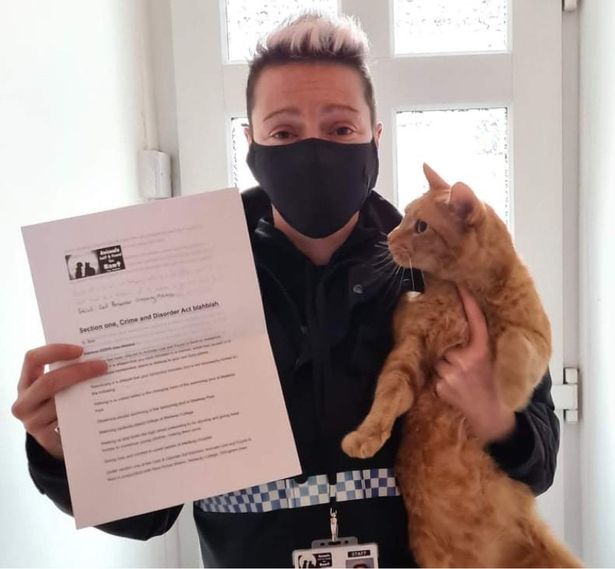 “The mock ASBO was penned by Natasha McPhee, director of non-for-profit organisation Animals Lost and Found in Kent (ALFIK), who helps to reunite missing pets with their owners,” reported the Mirror.

“Slowly but surely, we started getting more and more pictures of this cat being posted on the Animals Lost and Found Facebook page, and then Kent Police posted a photo online saying he'd got into the station and started stealing their biscuits,” McPhee said.

Earlier this month, Medway Police tweeted a photo of Bob sitting next to a tub of biscuits, with the caption: “We appear to have adopted a Medway Police Station cat.”

“No matter how many times he is escorted out of the building he returns to stalk the Christmas biscuits,” the post added. “No chip but clearly well cared for if anyone is missing this little fella?” There were other naughty pets in the area who also like to pretend to be starving in order to be fed by strangers.

Therefore, McPhee decided to set up a poll on the organization’s Facebook page to find out who was the naughtiest pet.

"We get pets that are constantly coming up on our radar, like Bob, so we just thought we'd have a bit of fun with it really," said Ms McPhee.

"To lift everyone's spirits at Christmas, with all the bad news at the moment."

Most of the comments voted in favour of Bob being the naughtiest cat and so McPhee decided to dress as a police officer and pay him a visit at home to present him with his 'ASBO'.

The letter reads:
“Your name has been referred to Animals Lost and Found in Kent on numerous occasions.
It is alleged that you have behaved in a manner which has caused or is likely to cause harassment, alarm or distress to your non-furry parent. Specifically, it is alleged that your behaviour includes (but is not necessarily limited to) the following:
Walking into naked ladies in the changing room of the swimming pool at Medway Park.
Observing people swimming in the swimming pool at Medway Park.
Watching students attend college at Medway College.
Walking up and down the high street pretending to be starving and giving head bumps to numerous young children, making them smile.
Giving love and comfort to upset people at Medway Hospital.”

McPhee added: “Breach of a Social Cat Behaviour Order is a cat offense which if proven could lead to a maximum of four weeks in your own home for an adult cat and six weeks in your mum's custody for a kitten.”

Notably, an ASBO is a civil order made in Great Britain against a person who had been shown to have engaged in anti-social behaviour such as drunken, threatening behaviour, vandalism or graffiti. 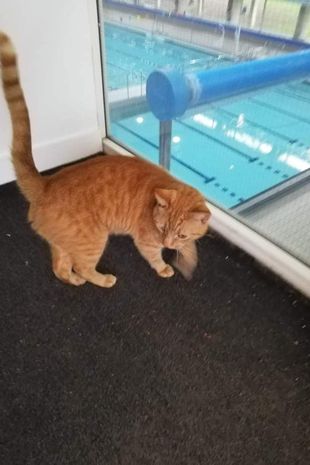