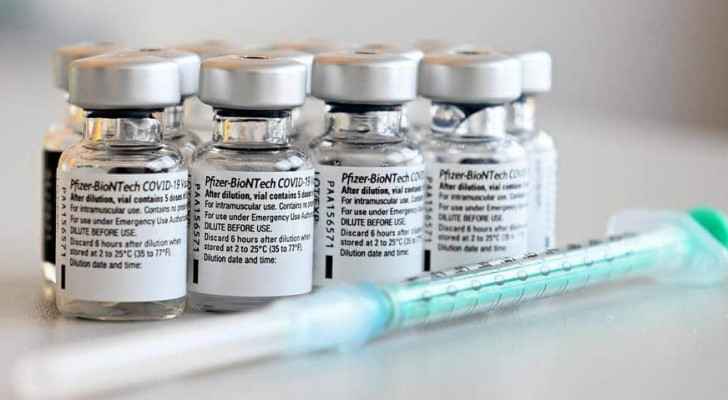 US health authorities on Monday approved Pfizer's Covid-19 booster shot for children as young as 12, and reduced the wait time between initial vaccination and an extra dose from six months to five, for all ages.

The decision by the Food and Drug Administration comes as the pandemic, driven by the highly transmissible Omicron variant, flares up and as schoolchildren return by the millions to class following the holiday break.

The FDA also approved a booster dose of Pfizer-BioNTech's vaccine for immunocompromised children between the ages of five and 11, including for example individuals who have received an organ transplant.

The agency said it relied in particular on data from the Israeli Occupation, where thousands of children aged 12 to 15 have already received the booster dose.

In addition, with more than 4.1 million people 16 and older in the Israeli Occupation having received a booster starting five months after the initial two-dose vaccination, "no new safety concerns have emerged," the FDA said in a statement.

The US Centers for Disease Control and Prevention still needs to give its final approval for the decisions, expected in the coming days.

The United States is currently averaging about 400,000 new Covid cases each day, a record high since the pandemic began two years ago, according to data collected by Johns Hopkins University.

Hospitalizations have also increased, but not at the same rate and for now remain below the peak recorded one year ago.

Hospitalizations of children sick with Covid-19 are also on the rise, with vaccination rates notably lower among younger children.

Officials however are eager to keep schools open as much as possible.

"We recognize there may be some bumps in the road, especially this upcoming week" with teachers caught up in the nationwide Covid surge, US Secretary of Education Miguel Cardona said Sunday on Fox News.

"But the goal is full time in-person learning for our students," he added. "They've suffered enough."