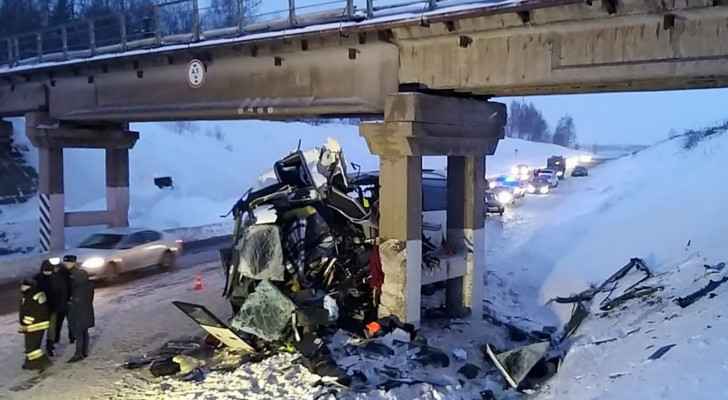 Five people were killed and 21 were injured in a bus accident south of Moscow in the early hours of Sunday, Russian authorities said.

"As a result of the accident five people died and 21 were injured," the agency said on Telegram, adding that two of the injured were under-age.

It said the injuries were of "various severity."

The agency said the bus could have hit a pillar by a railroad bridge.

The accident took place on a highway near the village of Voslebovo around 270 kilometers (170 miles) south of Moscow, the agency said.

There were a total of 49 passengers onboard, according to authorities.

Police said it had opened a criminal case on violations of traffic rules.