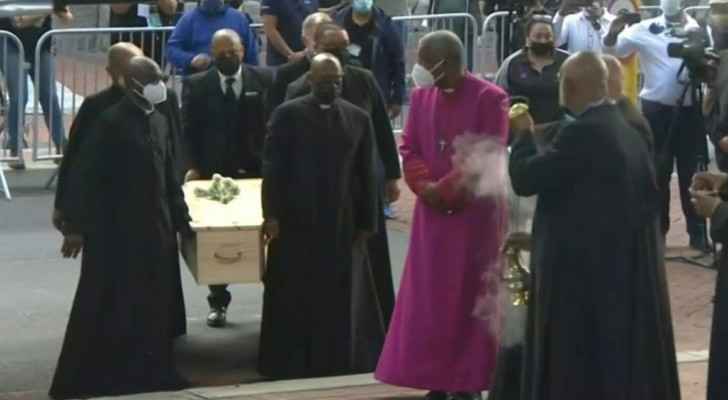 The body of Archbishop Desmond Tutu was carried Thursday into a historic cathedral where he once railed against white rule, to allow South Africans to bid farewell before the weekend funeral.

One small bouquet was placed on top of a simple pine coffin carried by six Anglican priests, AFP journalists reported.