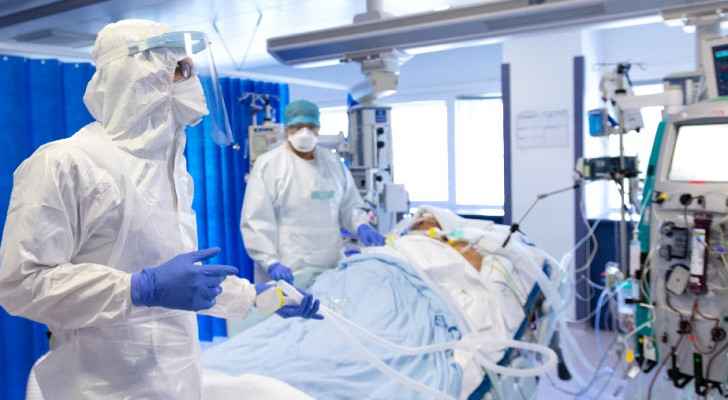 Qatar's main healthcare provider has suspended leave for all medical and administrative staff dealing with COVID, as infections surge across the Gulf.

The six Gulf Cooperation Council (GCC) states -- Bahrain, Kuwait, Oman, Saudi Arabia and the United Arab Emirates, as well as Qatar -- have been recording their highest numbers of new cases in months.

"Due to the recent increase in the number of people infected with COVID-19 in Qatar... the difficult decision has been made to put on hold all approved and future employees' leave requests for clinical and admin staff who are working in Covid-19 activities," the state-owned Hamad Medical Corporation said in an internal memo circulated on Monday and seen by AFP.

"This decision comes into immediate effect and until further notice."

It said staff would be compensated for working overtime, as the country gears up to host the 2022 World Cup.

Since the pandemic began, Qatar has recorded more than 248,000 infections, including 616 deaths. Monday's tally of 343 infections was the highest since May.

Altogether, the six-members of the GCC have recorded more than 2.5 million cases, among them over 19,000 deaths.

Despite having the world's highest vaccination rate, the UAE has recorded the largest number of infections among Gulf countries at more than 753,000. On Monday, it recorded 1,732 infections, the highest number in six months.

The UAE emirate of Dubai was one of the world's first destinations to welcome back visitors last July. Tourism is an economic mainstay in Dubai, which welcomed 16.7 million visitors in 2019.

Earlier this month, Dubai international airport, one of the world's busiest travel hubs, announced it was fully operational for the first time since the pandemic erupted in March 2020.

Dubai is counting on the six-month Expo 2020 trade fair to boost the economy, with more than seven million visits since it opened on October 1.

Expo has said that venues may "close temporarily for deep cleaning and sanitisation in response to positive cases detected by extensive workforce testing protocols."

The UAE has so far fully inoculated more than 90 percent of eligible people among its population of nearly 10 million.