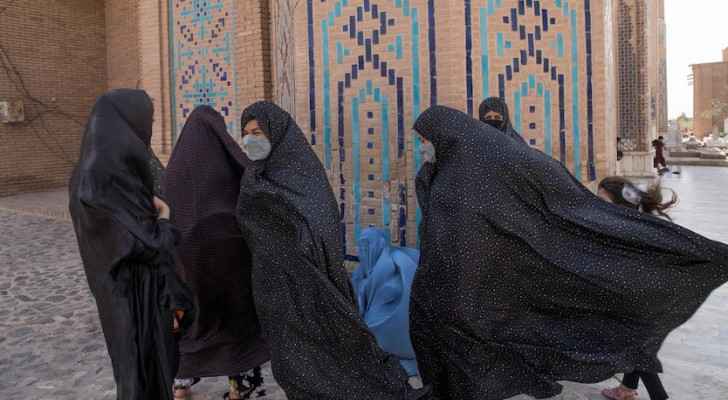 Sunday, Taliban announced that women will not be allowed to travel long distances without a mahram (husband or male relative whom she is prohibited to marry).

The announcement came as part of the new guidelines issued by the Ministry for the Promotion of Virtue and the Prevention of Vice, according to AFP.

The ministry’s spokesperson, Sadiq Akef Mohajer, said: "Women traveling for more than 45 miles (72 kilometers) should not be offered a ride if they are not accompanied by a close family member."

The ministry also called on female journalists working for television to wear a headscarf on screen.

Additionally, a spokesperson for the Taliban stated that wearing a headscarf would be a requirement for women who wish to board transportation.

These instructions, which were circulated on social media, come weeks after the Ministry for the Promotion of Virtue requested Afghan television channels to ban the showing of dramatic films and soap operas that feature female actors.