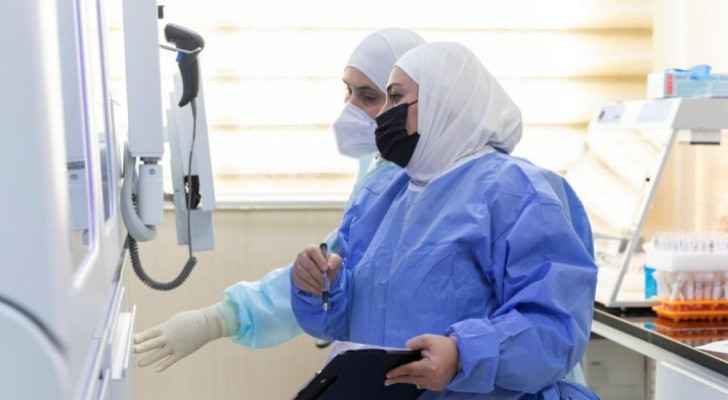 Billions of people celebrated Christmas on Saturday as the COVID-19 pandemic disrupted the festivities for the second year in a row.

Airlines canceled more than 5,600 flights while thousands of other flights were delayed around the world, disrupting travel during Eid.

In the face of the rapid spread of omicron in the UK, the booster-dose vaccination campaign continued at an unprecedented pace and without stopping at Christmas.

Prime Minister Boris Johnson has decided to mobilize publicly to vaccinate all adults in the UK with a booster dose by the end of the year.

So far, 32 million people have received a third vaccine dose, or 56 percent of those aged 12 and over, at a rate of close to one million doses per day.

- China records the highest number of cases in four months -

China reported 140 new cases of COVID-19 on Saturday, the highest number recorded in four months, as authorities work to contain the outbreak in several regions, including the city of Xi'an, where millions of people are under quarantine.

Of the 140 new infections, 87 were transmitted locally, according to a statement issued by the National Health Committee, while the number was 55 the day before.

Most of the cases were recorded in Xi'an, Shaanxi Province, in northwest China, where 13 million people were quarantined since Thursday.

China has declared a state of high alert as it prepares to host the Winter Olympics in February in the capital, Beijing.

The mutant Omicron has become dominant in Portugal with more than 10,000 new infections recorded Saturday within 24 hours for the third consecutive day, according to the latest report from the Directorate General of Health.

Portugal, the country with one of the highest rates of vaccination in the world, recorded 10,016 new infections in 24 hours and 10 deaths from COVID-19, according to the health authorities' latest tally on Saturday.

The coronavirus has caused the death of at least 5,391,404 people in the world since the World Health Organization office in China reported the emergence of the disease at the end of December 2019, according to a census conducted by Agence France-Presse based on official sources Saturday at 11:00 GMT.

Among the countries most affected, Peru is the country with the highest number of deaths relative to its population, followed by Hungary and Bosnia.

The World Health Organization, taking into account the high death rate directly or indirectly related to Covid-19, considers that the outcome of the epidemic may be two or three times greater than the officially announced outcome.