Omicron threatens to destabilize the economy

Omicron threatens to destabilize the economy 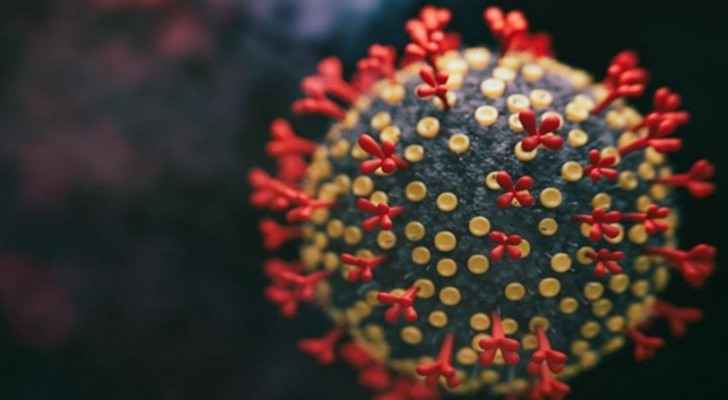 With the expected increase in Covid-19 infections in January, fears are growing that the Omicron mutant will disrupt business, dealing a severe blow to the economy.

There are many sectors that may suffer from the absence of workers due to “hundreds of thousands” of cases that are feared to be detected at the beginning of 2022, according to Olivier Guerin, a member of the French Scientific Council, who mentioned, for example, “the distribution of food products, security, energy, transportation, communications and health.”

For his part, the President of the Council, Jean-François Delfraisse, referred to a "potential disruption of a number of basic services."

Omicron infections are still low in France and have not yet led to extensive quarantine measures due to positive cases or contact. However, some indicators are ominous and the focus has begun on the sixth wave in January.

Officials with the National Railway Company of France (SNCF) reported minor disturbances in the movement of local trains, but not on the main lines. The Paris Transport Authority (RATP) is not yet worried, while the Postal Authority says it has not encountered any problems yet.

In the field of aviation, Air France does not yet see any need to cancel flights due to cases amongst crews.

However, Scandinavian Airlines (SAS) was forced to cancel dozens of flights on Tuesday and Wednesday due to the absence of employees due to illness. Lufthansa faced the same problem for its long flights, without attributing the responsibility to Omicron.

On Friday afternoon, more than 2,000 flights were canceled around the world, a quarter of them in the United States, according to the "Flightware" website. Many airlines have invoked the pandemic that is hitting their work crews.

In the field of craft work and small construction companies, which is already suffering from a shortage of workers, "the workforce is dwindling due to patients and those who are in contact with them, and it will become difficult to maintain the pace of work," according to what Jean-Christophe Ripon, head of the trade union for this field, warned Friday via "France Info."

The French government is seeking reassurance, and Health Minister Olivier Veran confirmed that "there are proactive cells at all levels...so that the business wheel remains in the country" in the areas of health, education, transport and the economy.

"We should avoid any paralysis in the country," he declared.

The Ministry of Finance expressed caution and revealed in statements to AFP that it is closely monitoring the situation at a time when many sectors may request assistance again.

- Prepare for the worst -

The government recommends the adoption of remote work as much as possible, but 44 percent of the active workforce asserts that they are unable to resort to this approach, according to a survey conducted by Harris in mid-December for the Ministry of Labor.

Of course, it is the situation of the live performance sector, where several famous theaters, such as "Moulin Rouge" and "Crazy Horse", were canceled in the wake of Broadway, reminiscent of the miserable situation that prevailed in the spring of 2020.

And the Royal Mail in Britain noted that absenteeism in this period of the year is twice as high as in 2018, while sick leaves increased among crews working in trains, which affected the movement of the network, according to the Financial Times.

Britain, which was affected by the Omicron wave before many other countries, recorded 120,000 positive cases Thursday, in a new record number, while France counted more than 90,000 cases.

It is very likely that "the activities of a number of companies will be affected significantly, as Omicron is simply a much more contagious one," said Roll Petzma, a lecturer in economics at the University of Amsterdam, told AFP.

This was the case, for example, in Belgium, where the Audi factory in Brussels, one of the largest car factories in the country, closed its doors in late November due to Covid-19 infections.

In order to contain the spread of a sweeping wave of infections, the French government is reconsidering the quarantine measures, considering that “it is necessary to prepare for the hypothesis … that a small part of the active labor force is infected with the disease or in contact with those infected with it at the same time.”

A council is held for this purpose Monday in France.