Omicron cancels 5,700 flights around the world over Christmas 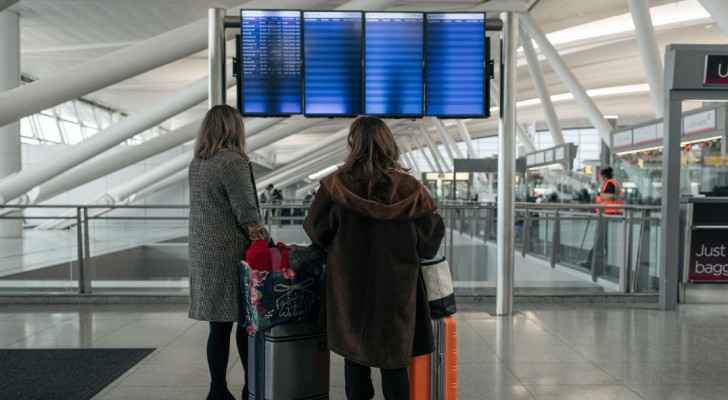 More than 5,700 flights around the world were canceled over the Christmas weekend and thousands more were delayed, according to the specialist website FlightAware, at a time when the outbreak of the highly contagious mutant Omicron is causing travel disruptions affecting millions.

FlightAware reported that at least 2,500 flights were canceled around the world on Christmas Day, including more than 870 flights coming from or heading to airports in the United States, while about 4,200 flights were postponed until 14:30 GMT.

On Friday, about 2,400 flights were canceled, while it was announced that about 11,000 flights were postponed. The site also recorded more than 800 cancellations of flights scheduled for Sunday.

Pilots, flight attendants and other staff have requested sick leave or had to go into quarantine after coming into contact with people infected with Covid or becoming infected with the epidemic, forcing Lufthansa, Delta, United Airlines, JetBlue and a large number of other airlines to cancel trips in the period of the year when travel peaks.

"Please help. United flight canceled again. I want to go home to celebrate Christmas," a Vermont traveler wrote in a tweet to the airline on Saturday.

"The rise in the number of Omicron infections nationwide is directly affecting our staff and the people who run our operations," United said in a statement on Friday.

"As a result, we unfortunately had to cancel some flights and inform affected customers before they came to the airport," the company added, noting that it was working on finding new bookings for passengers.

Delta also canceled at least 280 flights Saturday and 64 Sunday, saying it had "exhausted all options and resources -- including rerouting flights and replacing aircraft and crews to cover scheduled flights."

"We apologize to our customers for having to postpone their travel plans during the holiday," the company said.

The cancellations exacerbated the frustration associated with the pandemic for many Americans who had been hoping to meet family members after travel and Christmas celebrations were greatly curtailed last year.

The largest number of flight cancellation decisions was announced among Chinese airlines, as “China Eastern” announced the cancellation of about 1,000 flights, more than 20 percent of its scheduled flights.

Based on the Automobile Association of America estimates, more than 109 million Americans were scheduled to travel by air, train or car between December 23 and January 2, a 34 percent increase from last year.

But the bulk of these plans were before the outbreak of Omicron, which has become dominant in the United States, putting pressure on some hospitals and health care staff.

On Friday, New York State announced 44,431 new cases of the epidemic, which is a new record.

But Omicron did not affect Santa's flight, according to the North American Air Defense Command (NORAD), which has been tracking Saint Nicholas's Christmas flight for more than 60 years.

US President Joe Biden and the first lady spoke to NORAD officials via video link Friday to ensure that Santa's trip is going well.

Then, Biden spoke via video with a number of American families and asked the children what gifts they would like, assuring them that they should sleep before midnight so that Santa Claus would visit them.