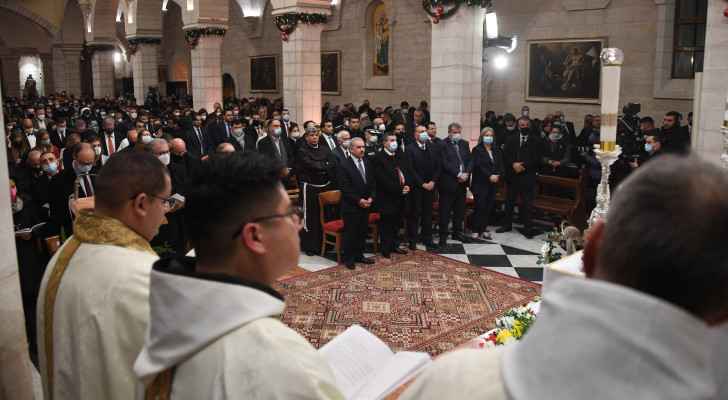 Deputizing for His Majesty King Abdullah II, Minister of Interior Mazen Farraya attended yesterday Midnight Mass held at the Church of the Nativity in the occupied West Bank city of Bethlehem.

The mass was attended by Palestinian Prime Minister Muhammad Shtayyeh, a number of Palestinian political figures and Christian and Muslim clerics from all over the world.

Archbishop Pierbattista Pizzaballa, the Latin Patriarch of Jerusalem, delivered a homily in which he prayed that peace, love and tolerance would prevail over humanity to live in security, peace and prosperity, urging all followers of the three monotheistic religions to "embrace faith, love, peace and tolerance instead of hatred, enmity and strife.”