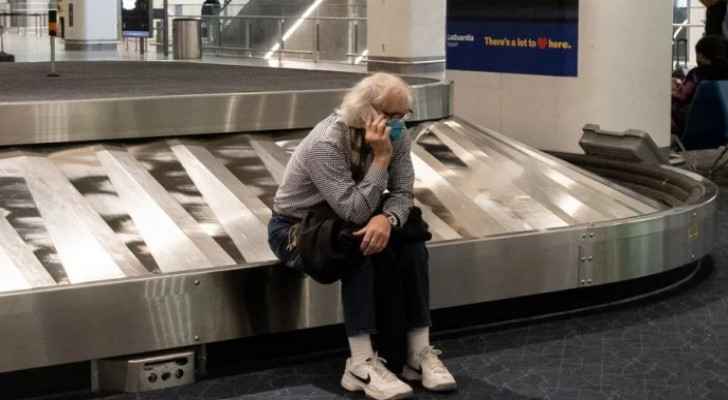 Over 2,000 flights have been canceled and thousands delayed around the world as the highly infectious Omicron variant disrupts holiday travel.

According to tracking website Flightaware.com at 1540 GMT on Friday, a total of 2,118 flights had been canceled worldwide, including 500 flights originating from or headed to US airports, and over 5,700 delayed.

Pilots, flight attendants and other staff have been calling in sick or having to quarantine after exposure to COVID, forcing Lufthansa, Delta, United Airlines and many other airlines to cancel flights.

According to Flightaware, United canceled more than 170 flights on Friday, or nine percent of those that were scheduled.

"The nationwide spike in Omicron cases this week has had a direct impact on our flight crews and the people who run our operation," United said in a statement.

"As a result, we’ve unfortunately had to cancel some flights and are notifying impacted customers in advance of them coming to the airport," the airline said, adding that it was working to rebook passengers as quickly as possible.

Similarly, Delta canceled over 145 flights, saying it has "exhausted all options and resources -- including rerouting and substitutions of aircraft and crews to cover scheduled flying."

"We apologize to our customers for the delay in their holiday travel plans," the company said.

More than 10 Alaska Airlines flights were axed, after employees said they were potentially exposed to COVID-19 had to self-isolate in quarantine.

The cancellations added to the pandemic frustration for many Americans who were eager to reunite with their families over the holidays, after last year's Christmas was severely curtailed.

According to estimates from the American Automobile Association, more than 109 million Americans were scheduled to travel by plane, train or car between December 23 and January 2, a 34 percent increase since last year.

But most of those plans were made before the outbreak of the Omicron variant, which has become the dominant strain in the United States, overwhelming some hospitals and healthcare workers.