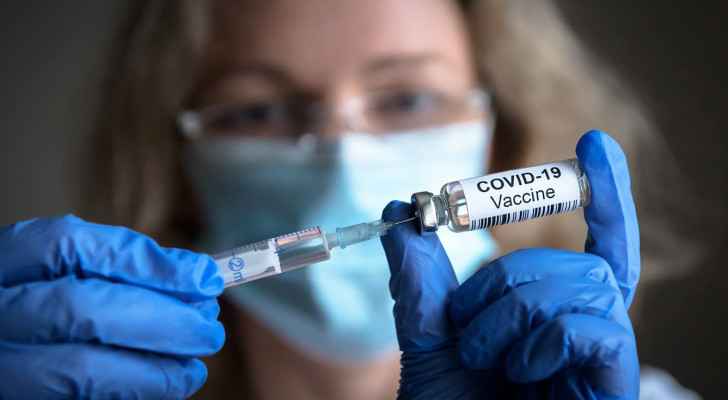 Italy reintroduced mandatory masks outdoors and Ecuador made vaccines compulsory for nearly all on Thursday in an effort to combat coronavirus infections fired globally by the Omicron variant ahead of Christmas.

More stringent than most, China shut down a city of 13 million people to extinguish a tiny Delta variant outbreak, pursuing its zero COVID-19 goal, while Spain will require masks in some outdoor settings.

British experts said the risk of hospitalization was as much as 70 percent lower among people infected with Omicron compared to the previously dominant Delta strain.

Scientists have welcomed the similar conclusions of two British studies, but warned that Omicron is highly contagious and could still lead to more overall severe cases.

As families across swathes of the world prepared for Christmas, a raft of new measures curtailed planned festivities.

Italy reimposed the mandatory wearing of face masks in outdoor spaces, with a higher grade version required for cinemas, theaters or on public transport.

"It's a difficult phase," said Health Minister Roberto Speranza, whose country has banned all celebrations and closed nightclubs until the end of January.

To the north, France and the United Kingdom on Thursday announced all-time records of COVID-19 daily infections.

Ecuador became the first country to make coronavirus vaccines obligatory for children as young as five, following the arrival of the Omicron variant in the South American country.

Vaccination is mandatory in Tajikistan, Turkmenistan, Indonesia, Micronesia and New Caledonia, for adults.

In the United States, New York's Mayor Bill de Blasio said famous New Year's Eve celebrations in Times Square would be drastically scaled back due to what the city called a "staggering" surge in cases.

In past years, some 58,000 New Yorkers gathered to watch a giant ball drop marking the arrival of a new year, but next week the capacity will be reduced to 15,000, and all revelers will have to wear a mask and be vaccinated.

Greece said people must wear face masks both indoors and outside during Christmas and New Year's gatherings.

Spain's Catalonia was to reimpose a night-time curfew for a fortnight from Christmas Eve, while Scotland announced it would close nightclubs from next week, including on New Year's Eve.

Nationwide, Spain will reintroduce obligatory masks outdoors starting Friday, except for sporting activities, or when alone or with household members in mountainous or seaside settings.

China locked down the northern city of Xi'an -- home to the world-famous Terracotta Warriors -- to stamp out a cluster of several hundred cases.

"I think it is necessary to have the lockdown," said a Xi'an resident, who wanted to be identified only as Yuan.

Omicron has not been reported in Xi'an, with only dozens of cases of the less infectious Delta variant detected in the city of 13 million people in recent days.

But the Chinese government, in pursuit of its zero-case strategy ahead of the Beijing Winter Olympics, has ordered all Xi'an residents to stay indoors.

Only one person per household can go outside every two days to buy necessities, while non-essential businesses are closed.

February's Olympics are set to be the most restrictive mass sporting event since the pandemic began, with international spectators banned and all participants required to stay inside a closed-loop system.

Denmark discovered an illegal mink farm that had been operating despite a ban, after the country last year culled millions of the animals over fears they could carry coronavirus and jeopardize vaccine effectiveness.

But in some positive news, the US Food and Drug Administration authorized Merck's COVID pill for high-risk adults, a day after giving the green light to a similar Pfizer product.

The pill developed by Merck is taken within five days of symptom onset.

It has been shown to reduce COVID hospitalisations and deaths by 30 percent among at-risk people, whereas Pfizer's pill reduced the same outcomes by almost 90 percent.

Pills that are available at pharmacies are likely to be much easier to access than synthetic antibody treatments, which require infusions at hospitals or specialized centers.

The United States has spent $5.3 billion (4.68 billion euros) procuring 10 million courses of the Pfizer treatment, according to the White House.

But health authorities maintain that vaccines are still the best protection against any variant, and are encouraging booster shots.

AstraZeneca said Thursday that a third dose of its COVID-19 vaccine "significantly" lifted antibody levels against the Omicron strain in a laboratory study.