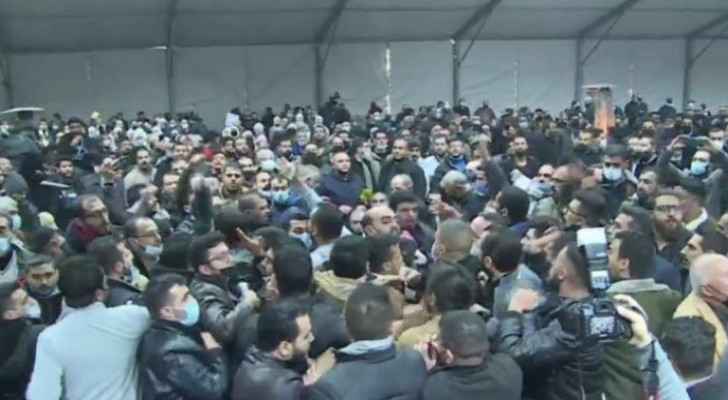 Friday, the head of the Jordan Engineers Association, Ahmed Samara Zoubi, adjourned the general assembly meeting, and suspended it until next Monday to vote on proposals to amend the law of the association in all its branches.

The meeting witnessed altercations, clashes and attempts at fistfights between the members present at the meeting.

Participants demanded for the session to be adjourned, blaming the Head of the Association for the ongoing altercations and attempts at fistfights.

Zoubi rejected what is happening, saying that “it threatens the security of the Jordanian state,” adding that they “are tampering with state security.”