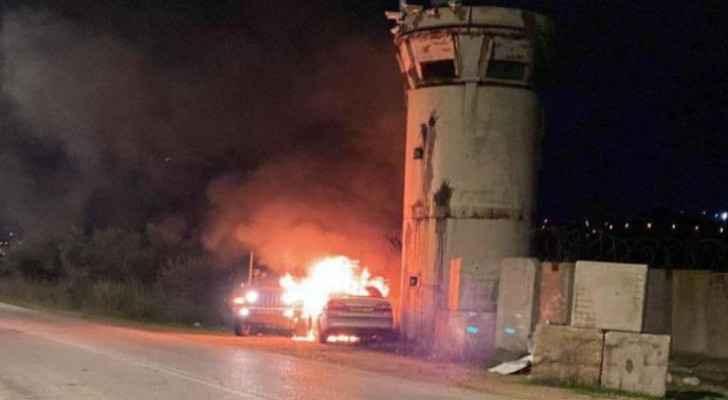 Roya’s correspondent in occupied Palestine said Tuesday that the Israeli Occupation Forces (IOF) killed a Palestinian man who allegedly tried to ram his vehicle into the Dottan checkpoint in Jenin, northern West Bank.

The IOF opened fire at his vehicle, killing the Palestinian man and causing his car to catch fire.

Wednesday, the Palestinian man who was killed by the IOF was identified as Hikmat Abdul Aziz Mousa, 22, from the village of Marka in the Jenin district, according to Wafa News Agency.