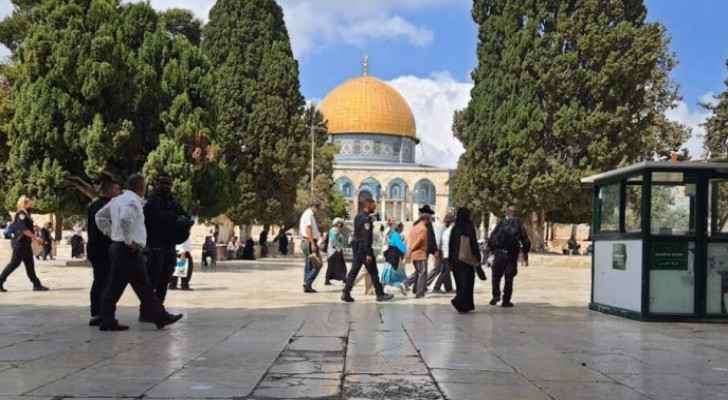 Eyewitnesses said that the settlers stormed the Mosque through the al-Magharebah gate in groups under tight protection by the Israeli Occupation Forces (IOF).

The settlers toured the Mosque's yards and provocatively performed Talmudic rituals in the eastern part of the compound.