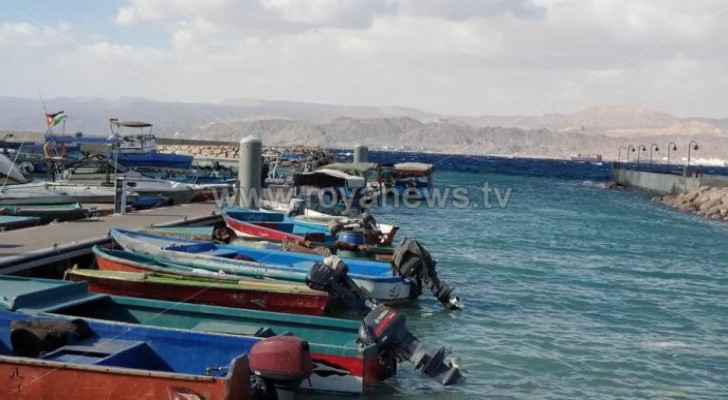 Monday, the Jordan Maritime Authority decided to temporarily suspend maritime traffic and operations in the ports of Aqaba following the high speed of winds. This came due to the harsh weather conditions prevailing across the Kingdom.

The Director-General of the Jordan Maritime Authority, Mohammed Al-Salman, told Roya that the authority suspended the movement of small boats after the waves rose in the Gulf of Aqaba, in order to ensure their safety.

He added that the authority is following up on the weather situation and monitoring its developments.

The authority informed all boat departure points in Aqaba that it is necessary to prevent fishing, glass and all small boats from sailing in the Gulf of Aqaba after the waves rose nearly half a meter.