‘We Muslim women don’t need anyone to speak for us’: Amani Khatahtbeh

‘We Muslim women don’t need anyone to speak for us’: Amani Khatahtbeh 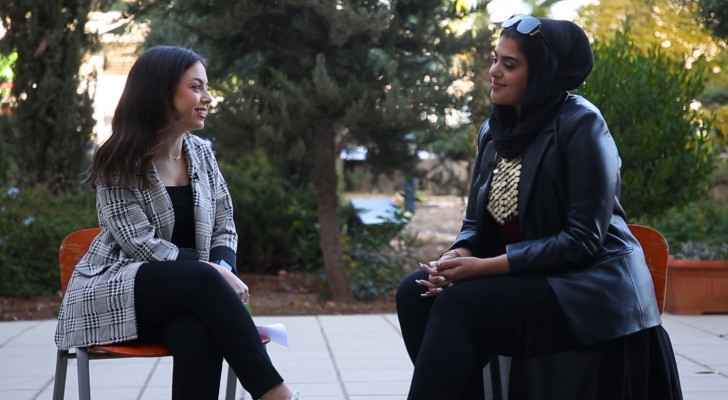 The 29-year-old Jordanian-American Muslim activist Amani Khatahtbeh spoke to Roya News English about her experience in being a Muslim female living in the US.

She began the interview by speaking about her experience as she grew up through extreme propaganda about the Middle East and the Muslim people.

Khatahtbeh said that when she was a child, the 9/11 tragedy happened, which according to her, created an environment in America where it made her feel like she was being forced to distance herself from her identity as an Arab and a Muslim woman.

However, at the age of 13, everything changed for her.

“It completely changed everything for me, it was revolutionary,” she continued, explaining that after her first visit to Jordan “it became very clear the stark contrast between how we [Muslims] are being misportrayed in America versus what the reality was here.”

Khatahtbeh’s visit to Jordan inspired her to want to change the way people viewed Muslims.

When asked about the challenges Muslim women face in the US, Khatahtbeh answered that the idea that Muslim women are oppressed and voiceless have been the most damaging misconception.

“In a lot of ways that’s what disempowers Muslim women the most. I mean for us especially in recent years, especially after Trump, Muslim women became the most targeted minorities in the United States.”

“I believe that by Muslim women reclaiming their voice and showing the strong empowered people that we are, in many ways that is going to completely change not only life for us, but also for everybody.”

She also spoke about her Hijab experience, pointing out that she started wearing it after learning about the Jordanian culture and meeting its people.

“It made me fall in love with my roots.”

During the interview, Khatahtbeh spoke about the incident that happened in 2020 after she ran for Congress.

Last year, the 29-year-old activist became the first Muslim woman to run for Congress in her home state of New Jersey.

Khatahtbeh said that after the elections, she was boarding a flight on an airline and a first-class passenger said she made them feel “uncomfortable.”

After that, the airlines told Khatahtbeh to deboard the plane and then police arrested her.

“They removed me from my flight that I had a ticket to, and then upon my removal from it, I was immediately arrested and taken from the door of the plane, not even to the airport but straight down into the back of a cop car.”

According to Khatahtbeh, when she was in custody at the police station, the police tried to get her to remove her Hijab.

This is “a violation of our civil rights in America. We have the freedom of religion to wear this hijab, and they attempted to violate my rights as a result of that,” she said, noting that “The entire situation really is a microcosm of the bigger challenges that we as a society face when it comes to enabling Muslim women.”

“It is quite interesting that this is the country of freedom, of liberty, of opportunity, and yet, this is where Muslim women experience extreme adversity just for being who we are.”

She concluded the interview by saying that “We Muslim women, don’t need anyone to speak for us, we don’t have to be a voice for the voiceless because nobody is truly voiceless, there are just people that are systematically silenced, and by muslim women having the courage to speak up for themselves against all odds, we inspire the rest of our generation and the generations after us to speak up as well and we come from a long history of doing so.”

Notably, Khatatbeh is the founder of Muslim Girl and is widely known in American media and politics for speaking out against discrimination against Muslims, women, and people of color.