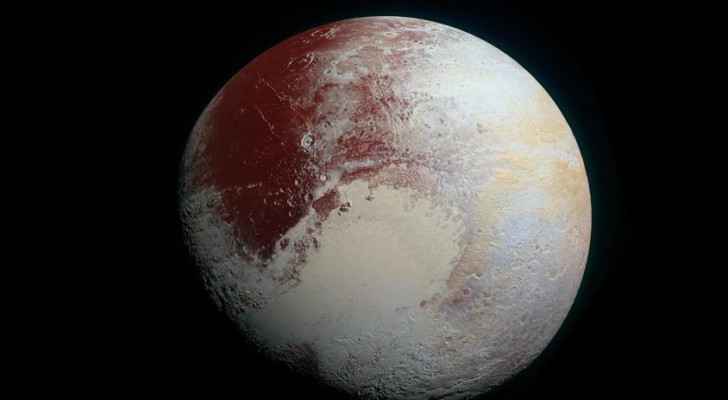 Scientists claim that moons should be classified as planets and Pluto reinstated as one, after a study found that the definition that made Pluto lose its planet status was based on a definition ‘rooted in folklore and astrology.’

Pluto was no longer considered a planet in 2009 by the International Astronomical Union (IAU).

The IAU’s definition of a planet requires it to be an astronomical body that orbits the Sun, has sufficient mass to be spherical, and is the largest gravitational force in its orbit. Since Neptune's gravity influences Pluto, and Pluto shares its orbit with frozen gases and objects in the Kuiper belt, that cost Pluto its planet status.

However, scientists argue that IAU's current definition was rushed 'before vital issues were sorted.'

They claim that a better definition of what a planet should be is whether it has ever been geologically active, but the outcome of such a definition is a solid argument for IAU’s classification as this new definition would have to include moons, dwarf planets and even asteroids.

Hundreds of astronomical bodies in our Solar System would then be classified as planets. However, the scientists behind this study say that “the fact that these bodies are similar enough that they could be grouped together is a compelling reason why they should be,” reports said.

The planetary scientist, Phillip Metzger, from University of Central Florida said "It's like defining 'mammals.’ They are mammals whether they live on land or in the sea. It's not about their location. It's about the intrinsic characteristics that make them what they are."

In regards to the rule demanding a planet clear its orbit, Metzger said this “was really developed post facto to keep an orderly, small number of planets.”

For more than five years, the team of scientists conducted an in-depth review of the last 400 years of scientific literature regarding planets.

They found that the definition set by Galileo was undermined in the 20th century.

“Planets, Galileo argued, are objects made of elements that change over time, much as Earth does. Or, as the researchers interpret it, they are geologically active. They also cite Galileo's argument that planets reflect sunlight, rather than producing light of their own,” sciencealert reported.

“We've shown through bibliometrics that there was a period of neglect when astronomers were not paying as much attention to planets,” Metzger says. “And it was during that period of neglect that the transmission of the pragmatic taxonomy that had come down from Galileo got interrupted.”

That void, the study noted, was filled by folklore. In the previous two centuries, publications such as almanacs became popular, and they provided the readers with a range of information with heavy emphasis on Astrology, including “astrological weather forecasts that can only be made if there was a limited number of planets,” RT reports.

This introduced the perception that only the largest bodies orbiting the Sun were planets. Other objects, such as moons and asteroids, were not planets.

“This might seem like a small change, but it undermined the central idea about planets that had been passed down from Galileo,” Metzger says.

“There’s an explosion in the number of exoplanets that we’ve discovered over the last 10 years, and that’s only going to increase as we put better telescopes in space.”

“We need to fix this [the definition of a ‘planet’] now before we get too far in this revolution with exoplanets. We want to be doing excellent science because this great influx of data is making it vastly more important to define our new discoveries correctly.”

Metzger and his colleagues want Galileo’s definition to return, and if their call is heard Pluto will become a planet again, along with many other celestial bodies.