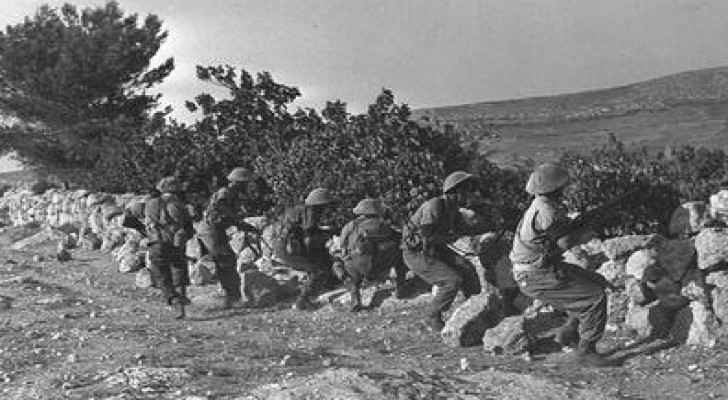 An article was published, by Haaretz newspaper, after classified documents revealed the atrocities committed against Palestinians.

The article begins with, “Testimonies continue to pile up, documents are revealed, and gradually a broader picture emerges of the acts of murder committed by Israeli troops during the War of Independence. Minutes recorded during cabinet meetings in 1948 leave no room for doubt: Israel's leaders knew in real time about the blood-drenched events that accompanied the conquest of the Arab villages.”

Historian Adam Raz published the article titled ‘Classified Docs Reveal Massacres of Palestinians in '48 – and What Israeli Leaders Knew,’ which exposed two large-scale operations that were carried out by the army against Palestinians.

One operation was based in the south, known as Operation Yoav, which opened a road to the Negev; and another in the north, Operation Hiram.

About Operation Hiram, Raz writes: Within 30 hours, dozens of villages in the Galilee were conquered.

The article, published in the Hebrew newspaper, was based on declassified documents found by Raz that prove the leadership was aware of atrocities committed by Israeli Occupation Forces in 1948, when Palestine was occupied and the Palestinian people were expelled from their homeland.

"Within less than three days, the IDF [army] had conquered the Galilee and also extended its reach into villages in southern Lebanon. The overwhelming majority of them took no part in the fighting," reported Haaretz.

The declassified documents reveal the extent of massacres, killings, crimes and extermination carried out by the soldiers against defenseless Palestinian citizens, they also reveal how the Deir Yassin massacre was not really the only massacre committed against Palestinians.

A member of the Provisional State Council (predecessor to the Knesset) requested clarification from former Prime Minister, David Ben-Gurion, about acts that had been carried out by members of the Jewish terrorist group, Irgun.

According to the documents, “A. They annihilated with a machine gun 35 Arabs who had surrendered to that company with a white flag in their hands. B. They took as captives peaceful residents, among them women and children, ordered them to dig a pit, pushed them into it with long French bayonets and shot the unfortunates until they were all murdered. There was even a woman with an infant in her arms. C. Arab children of about 13-14 who were playing with grenades were all shot. D. A girl of about 19-20 was raped by men from Altalena [an Irgun unit]; afterward she was stabbed with a bayonet and a wooden stick was thrust into her body.”

The documents revealed that there were hours-long meetings that took place in which the government discussed the massacres.

The following is an excerpt taken from Adam Raz’s article:

The discussions were fraught with emotion. Cabinet minister Haim-Moshe Shapira said that all of Israel’s moral foundations had been undermined. Minister David Remez remarked that the deeds that had been done remove us from the category of Jews and from the category of human beings altogether.

Other ministers were also appalled: Mordechai Bentov wondered what kind of Jews would be left in the country after the war; Aharon Zisling related that he had had a sleepless night – the criminals, he said, were striking at the soul of the whole government.

Some ministers demanded that the testimonies be investigated and that those responsible be held to account. David Ben-Gurion was evasive. In the end, the ministers decided on an investigation. The result was the establishment of the “committee to examine cases of murder in [by] the army.”

The Palestinian cause in the diaspora: ....