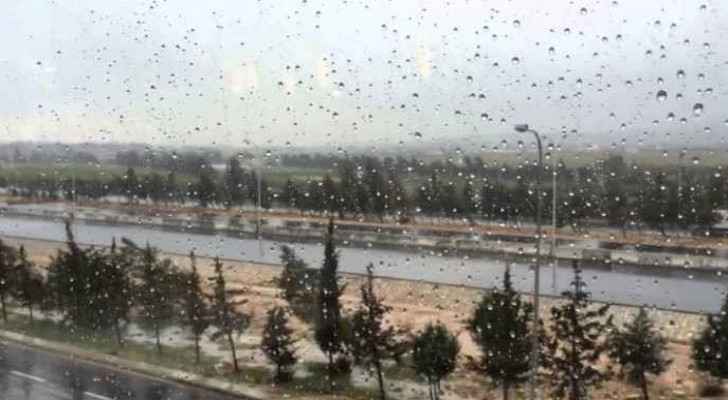 Jordan will be affected on Tuesday by a state of atmospheric instability, starting with the evening hours, as heavy rain is expected for a limited period in the central and southwestern regions.

The Director of the Meteorological Department, Raed Al-Khattab, told Roya that the central and southwestern regions of Jordan will witness heavy rain for several hours, which may be accompanied by thunder.

Khattab warned that the regions of the western strip of the Kingdom will witness a formation of torrential rains, especially in the central western regions, due to the heavy rains.

He pointed out that the capital, Amman, will witness, in the evening hours, moderate showers of rain, indicating that the rain will not persist for long.

The period of atmospheric instability on Tuesday will not exceed 9 hours, said Khattab.

On Wednesday, temperatures will witness a further drop, and the weather will be relatively cold in most regions of the country, but pleasant in the Jordan Valley, the Dead Sea and Aqaba.

Light showers of rain are expected, especially in the northern and central regions of the country.

On Thursday, there will be another slight decrease in temperatures, with the weather remaining partly cloudy in general, and cold in most regions of the Kingdom, with a weak chance of light showers of rain in the northern regions.

Here are the expected temperatures in Jordan Monday

Here are the expected temperatures in ....