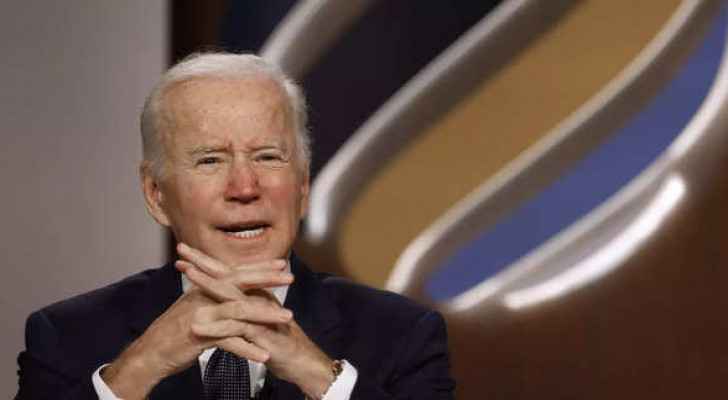 Consumer prices in the United States have increased at a pace not seen in nearly forty years, posing an additional problem for President Joe Biden, who has promised to reverse inflation while finding it difficult to pass his social and environmental spending plan.

The price increase amounted to 6.8 percent in November compared to the same month of 2020, after +6.2 percent in October, according to the Consumer Price Index issued on Friday by the Ministry of Labor, which is the largest increase recorded since 1982.

Americans still pay more for everything from food to clothes to cars, fuel, electronic equipment and airfare.

For his part, Biden said in a statement that "the developments of the weeks that followed the collection of data for the past month show a slowdown in the increase in prices and costs," while acknowledging that these things did not lead to a slowdown "as quickly as we would like."

As in the previous month, the highest increase was recorded in the energy sector, reaching 33.3 percent, while consumer demand was hit by supply problems linked to the COVID-19 epidemic.

If we exclude the highly volatile energy and food sectors, inflation remains high (+4.9%).

On Friday, Biden focused again on the recent decline in the prices of energy, fuel, natural gas and cars.

Compared to the previous month, the price increase in November registered a slight deceleration, rising by 0.8%, compared to 0.9% in October, but the increase remains higher than analysts' expectations (+0.6%), which indicates to continued inflation.

The report was prepared before the emergence of the mutated Omicron on the Corona virus, which poses a new threat to the American and global economy.

Some economists expect logistical problems to intensify with the emergence of new infection hotspots around the world, which may intensify the inflationary boom.

After the Biden administration confirmed that inflation is “temporary” and is linked to the economic recovery recorded after the historic deflation in 2020 as a result of the Covid-19 epidemic, it eventually returned and acknowledged with it the Federal Reserve that inflation will continue more than expected, and it affects a wide range of products.

The Republican opposition believes that Biden's economic policy of pumping thousands of billions of dollars into the economy contributed to inflation, which the administration denies.

And Biden confirmed last month, in response to criticism from even his Democratic camp, that the "absolute priority" of his administration is to overturn the price trend.

But a month later, the task turned out to be more difficult than expected, which raises growing resentment among Americans who have been facing a rise in their cost of living for several months and are now paying higher prices for everything from food to fuel, through cars, electronic products and even travel cards.

Biden stressed that "the price of petrol at the stations has begun to decline at the national level" and has become lower than the average for a period of twenty years in twenty states.

He added that natural gas prices recorded this week are 25% lower than the November average.

He also stressed that the prices of used cars will also decline "in the coming months."

The rise in car prices is directly related to the shortage in semiconductors due to the confusion in global supply chains in light of the health crisis. But a number of major car companies have recently reported that they may be able to resume production at full capacity, which will pave the way for prices to return to their normal levels.

The report was issued days before the US Federal Reserve meeting.

On Wednesday, the Federal Reserve will publish new economic forecasts, including inflation expectations. It will also announce the acceleration of reducing the monetary support program for the economy, before it will increase interest rates later next year in an effort to contain inflation.

The Federal Reserve now expects inflationary pressures to “remain for much of next year” and to “reduce in the second half” of 2022.

Ukrainian PM calls for more action, money as he visits ....