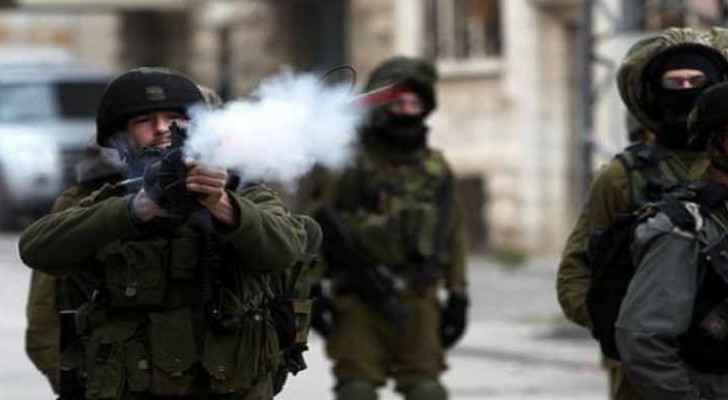 A Palestinian was shot dead by the IOF Friday during clashes in the northern occupied West Bank, according to the Palestinian Ministry of Health.

The ministry said in a statement that the Palestinian was hit by a live bullet in the head during confrontations with the IOF in the village of Beita, and then died of his wounds in Rafidia Hospital in Nablus.

The Palestinian News Agency (WAFA) stated that the man was identified as Jamil Abu Ayyash, 31, from the village of Beita, which has witnessed for several months demonstrations against the construction of an Israeli Occupation settlement built on a mountain that settlers claim as their own.

In response to a question by Agence France-Presse, the IOF reported that there had been "violence ... in which hundreds of Palestinians threw stones at the border guards," who responded with "means of dispersing riots in order to restore order."

He said he was aware of reports that a Palestinian had been killed.

Every Friday, several gatherings are organized in the West Bank occupied since 1967 to protest against the expansion of Israeli settlements, which are illegal under international law.

In Beita, the gatherings often develop into confrontations with the IOF and have left a large number of Palestinians dead.

About 475,000 settlers live in the West Bank, which is home to more than 2.8 million Palestinians.