One of world's tallest women dies in Egypt from kidney failure

One of world's tallest women dies in Egypt from kidney failure 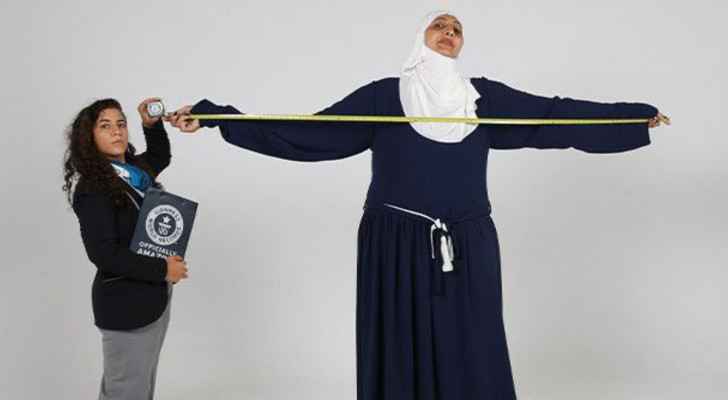 Egyptian Huda Abdel-Gawad, one of the world’s tallest woman died in Sharqiyah province at the age of 27 after suffering from kidney failure.

She was the holder of three titles in the Guinness World Records: the largest hand of a living woman with a length of 24.3cm, the largest foot at 33.1cm and the widest arms of a woman at 236.3cm.

Huda’s brother, Mohammed Abdel-Gawad, 33, got two Guinness World Records: the widest arms of a living man at 250.3cm, and the widest hand of a man at a length of 31.3cm.

Notably, Gigantism is a serious condition that is generally caused by an adenoma, a tumor of the pituitary gland. It usually occurs in patients who had excessive growth hormone in childhood. The pituitary tumor cells secrete too much growth hormone (GH), leading to many changes in the body.