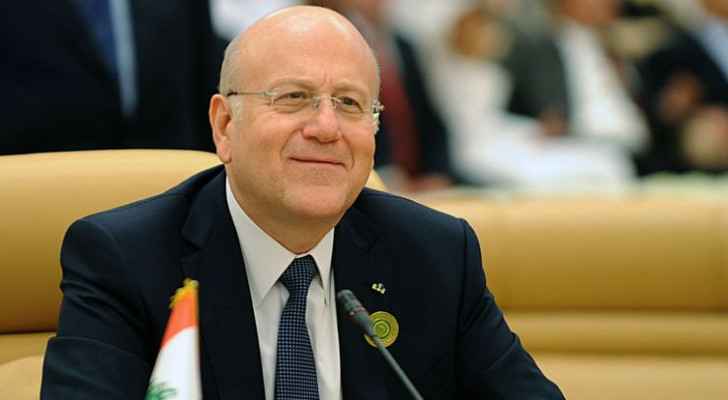 The Lebanese Prime Minister Najib Mikati said Saturday that the call he made with French President Emmanuel Macron and Saudi Crown Prince Mohammed bin Salman is an "important step" towards restoring Lebanese-Saudi relations following a severe diplomatic crisis between the two countries.

Mikati wrote in a tweet that the call, announced by Macron during a visit to Jeddah, "constitutes an important step towards reviving the historical brotherly relations with the Kingdom of Saudi Arabia."

He affirmed his government's commitment to its commitments to "reform" and thanked the officials "for their keenness on maintaining the friendship towards Lebanon."

The French president said before leaving the Saudi coastal city that the Kingdom and France "want to engage fully" in order to "reconnect the relationship" between the two countries in the wake of the recent diplomatic dispute over comments made by the now-former Lebanese Minister of Information George Kordahi.

The statements come the day after Kordahi announced his resignation, expressing his hope that this would contribute to Lebanon's exit from the crisis.

Kordahi criticized the Saudi-led military intervention in Yemen, where a power struggle has been taking place since 2014, during an interview that was recorded before he was appointed as a minister.

His statements angered Saudi Arabia, Kuwait, Bahrain and the UAE, which responded by recalling their ambassadors from Beirut.

Macron warns against 'escalation' after Biden ....

Macron warns against 'escalation' after Biden ....

Macron warns against 'escalation' after ....