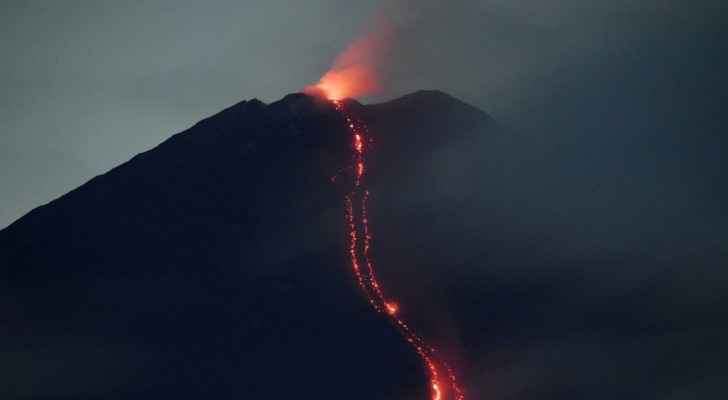 Saturday, Indonesia’s Mount Semeru erupted, spewing out a tower of smoke and ash which plunged local communities into darkness and forced thousands of nearby residents to flee.

According to the country’s disaster mitigation agency, there were no immediate reports of casualties.

Rescuers rushed to evacuate local residents as lava reached nearby villages and destroyed a bridge in Lumajang regency in East Java.

A spokesperson for the agency said “A number of areas went dark after being covered by volcanic ash.”

“We are building up some shelters in several locations in Lumajang.”

Local authorities established a restricted zone of five kilometres from the crater after the eruption.
Semeru’s alert status has remained at its second-highest level since its previous major eruption in December last year, which also forced thousands to flee and left villages covered.