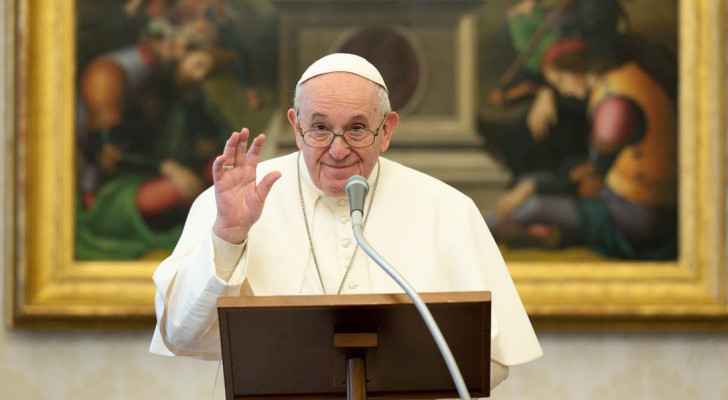 Pope Francis called on Friday from Nicosia for the world not to condone the practices of "slavery" and "torture" that migrants are subjected to in camps, comparing them with what happened during World War II.

"This reminds us of the history of the last century, the history of the Nazis and Stalin, and we wonder how this could have happened," the Pope said in a long speech during a prayer service attended by immigrants in the Cypriot capital.

Pope Francis was speaking at the Basilica of the Holy Cross near the UN-administered buffer zone that divides the Mediterranean island.

"We are watching what is happening, and worse than that, we are used to it. Getting used to it is a very dangerous disease," he told a gathering of about 250 people, most of whom are immigrants.

The Pope had earlier spoken of "the dream that humanity will be freed from the walls of division, freedom from hostility," noting that diversity and individuality are "gifts of God."

The Pope, who heard the testimonies of immigrants from countries including Iraq, Sri Lanka and Cameroon, is expected to take 50 immigrants with him to the Vatican.

Lebanese take refuge in Cyprus as ....