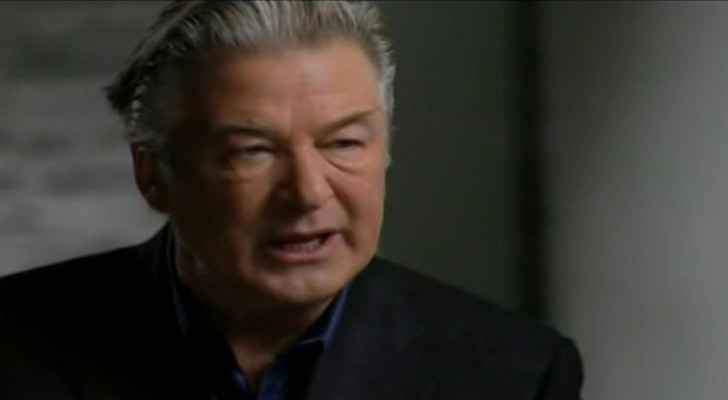 Alec Baldwin said he does not feel guilty for the death of Halyna Hutchins on the set of "Rust," as he explained that he started cocking the gun that killed the cinematographer but did not pull the trigger.

"I feel that someone is responsible for what happened and I can't say who that is. But I know it's not me," the US actor told ABC in his first major interview since the on-set tragedy in New Mexico in October.

"I mean, I honest to God, if I felt that I was responsible, I might have killed myself," he said in the interview broadcast Thursday.

Alec Baldwin has stressed he did not pull the trigger of the gun he was holding that killed a cinematographer on the movie set of "Rust."

In his first major interview since the tragedy in October, the US actor also said he has "no idea" how a live round had gotten onto the set of the low-budget Western in New Mexico.

"The trigger wasn't pulled -- I didn't pull the trigger," he said in an excerpt of an interview with ABC News released on Wednesday.

"No, no, no. I would never point a gun at anyone and pull the trigger at them. Never."

Baldwin was rehearsing a scene on the low-budget Western when the Colt .45 he was brandishing discharged a live round that struck Hutchins and director Joel Souza, who survived.

The former "30 Rock" star said the criminal investigation should focus on discovering who had brought live rounds onto the set of "Rust."

"I don't have anything to hide," he said.

Describing the incident in detail, Baldwin said he had been told the gun was "cold" -- industry lingo for a firearm containing no live ammunition -- and had been instructed by Hutchins to point the gun in her direction as she prepared to film the scene.

"Everyone is horrified. They're shocked. It's loud. They don't have their earplugs in... the gun was supposed to be empty. I was told I was handed an empty gun."

Baldwin said he initially thought Hutchins may have fainted or had a heart attack, and was only told she had been killed with a live round hours later following a lengthy police interview.

He dismissed suggestions that live rounds may have been introduced on set as an act of sabotage, saying it was "overwhelmingly likely that it was an accident."

Baldwin, along with other people working on "Rust," is facing two civil lawsuits, while prosecutors have refused to rule out criminal charges.

He said he would be "stunned" if Hutchins' husband did not also file a lawsuit against producers, including himself.

The tragedy has sent shockwaves through Hollywood, and led to calls for guns to be permanently banned from sets.

Baldwin said he had been called a "murderer" since the incident, but disputed claims from some critics that it was an actor's responsibility to check weapons.

But, he said, the tragedy had changed things for him.

"I can't imagine I'd ever do a movie that had a gun in it again," said Baldwin.