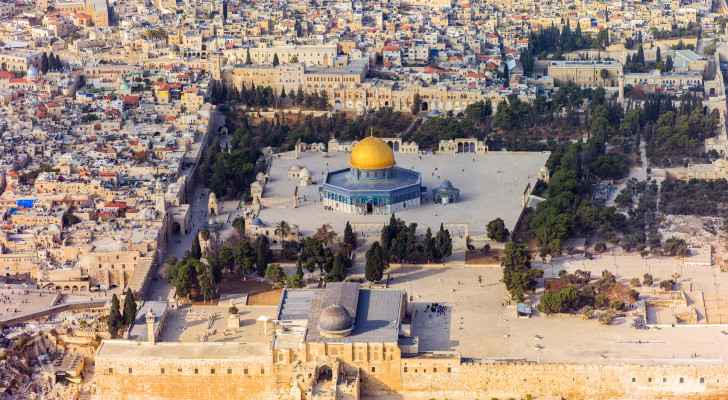 The United Nations General Assembly adopted, with a large majority, a resolution rejecting Israeli Occupation's unilateral actions in Jerusalem and calling for respect for the historic status quo at the holy places of the occupied city.

The spokesperson of the Ministry of Foreign Affairs and Expatriates, Haitham Abu Al Foul, highlighted that the adoption of the resolution was a result of diplomatic efforts led by the Arab and Islamic groups and the intensive Jordanian diplomatic coordination with the Palestinian side, noting that this decision reaffirmed preserving the historic and legal status quo of Jerusalem and its holy sites and respecting the international law and international humanitarian law, considering all Israeli Occupation practices aimed at alerting the character and status of the Holy City null and void.

He also pointed out that voting with an overwhelming majority in favor of the resolution was a clear expression of the international community's support for truth, justice and the principles of international law.

The resolution expressed dissatisfaction over Israeli Occupation building of illegal settlements in and around occupied East Jerusalem, the construction of the separation wall, the demolition of Palestinian-owned homes, the evacuation of many Palestinian families as well as restrictions imposed on Palestinian access to and residence in East Jerusalem, including canceling their residence rights.

The UN resolution also expressed deep concern over Israeli Occupation attempts to displace the Palestinian residents in the Sheikh Jarrah and Silwan neighborhoods in East Jerusalem from their homes, stressing full rejection of these unilateral actions, which are illegal under international law and threaten to escalating further tensions.