'Delta matters more to me than Omicron': expert

'Delta matters more to me than Omicron': expert 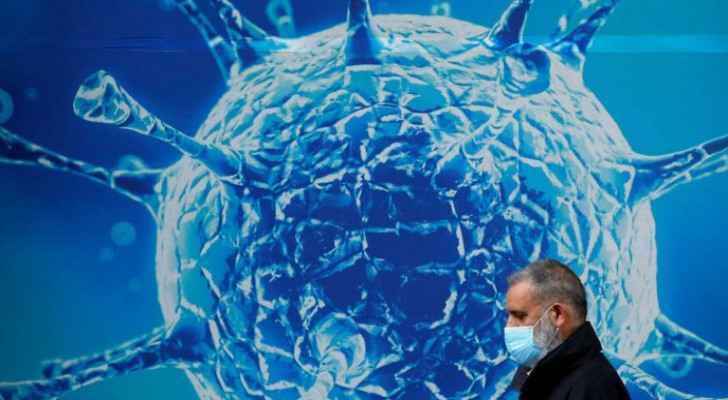 Wednesday, a member of the National Committee for Epidemics, Bassam Hijjawi, said that the third wave of the pandemic, which recently started affecting the country, is less severe than the previous waves, as the 48th epidemiological week is coming to an end.

“We need two weeks” to reach the peak of the third wave, he told Roya’s Nabd Albalad in an exclusive interview, expecting that the peak will last from the middle of this month, December, to the end of it.

He stressed that there are no deaths due to COVID in people who are under the age of 35, and that 80 percent of the deaths from the virus are for the age group of 65 years and over.

Hijjawi pointed out that the cases of infection among school students are “light,” and do not need hospitalization, given that they experienced no complications, and that there are no deaths.

He explained that vaccination against coronavirus provides immunity in light of the recent emergence of the new variant Omicron, indicating that it does not affect the benefit of the vaccine.

Omicron affects younger age groups, such as adolescents, and may affect school students, especially at the higher levels, but this has not been confirmed by the World Health Organization, Hijjawi said.

He also stressed that currently governmental hospitals are ready to receive patients, without resorting to military hospitals or the private sector, and that in comparison to the previous waves, the country is in very good condition.

In light of the emergence of the new strain, Hijjawi called for the need to increase vaccinations against the virus and the conduct of PCR tests, to detect if Omicron exists in Jordan.

He stressed that no country is immune from the Omicron variant, especially the eastern Mediterranean and the Arabian Gulf, as the Kingdom of Saudi Arabia announced its first infection with it.

The United Arab Emirates also announced the detection of the first case of the new COVID variant, Omicron.

Hijjawi said that Omicron may reach Jordan from Europe, but its prevention depends on several factors, including travel procedures, epidemiological investigation, and the institutional quarantine of Jordanians and non-Jordanians coming from outside the country.

The variant does not need additional measures, more than those taken for Delta, Hijjawi said, adding, “Delta matters more to me than Omicron.”

He noted that the Omicron strain will target those unvaccinated.